Good morning/evening yet again fellow replers! This week, we interviewed @ThatSmart - a 14 year old functional programming lover and programming language developer! Given below is the complete interview!

@TheDrone7 : Hello, nice to meet you!

@ThatSmart : Hey there! Nice to meet you too.

@TheDrone7 : Would you mind introducing yourself to the community?

@ThatSmart : Sure. My name is Jack, I am 14 years old, I live in Atlanta, Georgia. I code a lot in my free time, I'm interested in programming language development. I like functional programming, so I use Haskell a lot.

@TheDrone7 : So, how did you get into coding?

@ThatSmart : I'm not entirely, sure, but I think my dad did a little for his job and I liked it. So I got a book on python and mostly copied the code. I didn't really get too into programming until I had a couple of tutors come to my house and teach me to code a little.

@TheDrone7 : And what were your earliest experiences in coding?

@ThatSmart : I think one of the first things I ever made was just a simple website for a YouTube channel. It was something I was working on with a tutor for web dev. It was static and just had a little blurb about me. It had some little JavaScript that put the time you accessed the webpage in the footer. After that, I made some websites for some school projects. Then I got into frameworks and html5 canvas and servers and made some more advanced stuff, like a multiplayer drawing app. That's most of the early stuff I remember. Oh and I also made some simple games with processing.

@TheDrone7 : That's way better than my earliest projects lol. In any case, how did you come across repl.it?

@ThatSmart : I think it was because the school computers didn't have any IDEs installed. So I saw one of my friends using repl.it and I started using it as well. It looks like that was around 2 years ago. My first original repl was a game in phaser I made for a school project.

@ThatSmart : Nobody reads those things. I didn't realize there was an age thing lol, until like way after.

@TheDrone7 : Except they should. I'll let the fact be considering that was two years ago. Anyways, what are some of the projects that you've worked on and would like to share with the others?

So one of my most recent projects was a simple programming language interpreter that I wrote in rust. it is on GitHub.

I got second place for the OS jam as well. I made this pseudo operating system for that code jam.

I'm also working on a text editor, but its not in replit because it makes heavy uses of curses and mouse and ANSI codes. GitHub is where the text editor is. It mostly supports moving around and saving at the moment though. 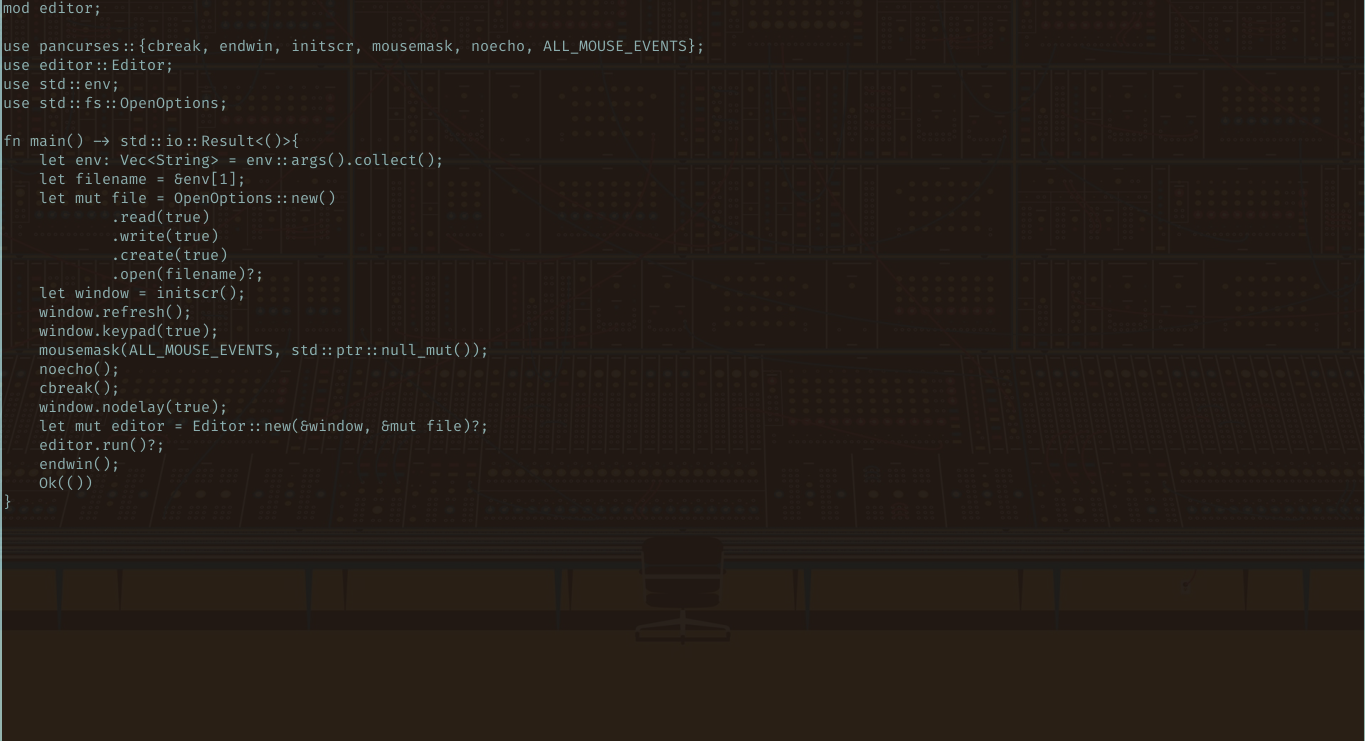 @ThatSmart : I worked on my school's farm-to-table website. You can find that on GitHub as well.
GWC stands for girls who code (don't mind that part please).

@ThatSmart : I havent been super serious about coding until like last year. Most of my major projects are either incomplete or under development. I also made an esoteric language. Here's the link to that one - https://repl.it/@ThatSmart/EsoLang

@TheDrone7 : Even though you say your major projects are not ready yet, those are some cool projects that you've shared. Now I wonder, what other things are you interested in?

@ThatSmart : I like playing music a lot. I play bass (guitar), oboe, percussion, and some piano. I also play water polo and I'm on the swim team.

@ThatSmart : Well I lettered in marching band, which is basically like getting recognized for performance in extracurricular activity. And I made it into a magnet (a Highschool that accelerates certain subjects) high school so I guess that counts as an achievement. I'm also part of the mythical snowflake language team.

@TheDrone7 : Now that's what I call a big time achievement! Just for the knowledge of the others, would you mind describing what "snowflake" is?

@ThatSmart : Snowflake is more a philosophy than a language at this point. But the language is basically a lisp, but the stdlib has a bunch of macros that transform it into a ML-like language. And instead of modules, it has tags that act sort of like a Venn Diagram getting you the part of code you need. These ideas are also apparently going to be applied to an OS and a web protocol.

It's like POSIX by people who don't know what they're doing.

@TheDrone7 : Thanks for all that information! Anything else you'd like to share with the rest of your fellow community members?

@ThatSmart : If I had any advice to give, it would be to learn a lot of different paradigms because it helps you learn better programming techniques.

AND JOIN THE SNOWFLAKE DISCORD

@TheDrone7 : Will do! Thanks for your time and have a nice day.

These spotlights are really cool, but I wish there’s like a notification or a pop up in the homepage of repl.it or something like that because I sometimes forget to check the announcements boards and miss them! :P

Isn't JEdit already an editor tho?

@CodeLongAndPros No, Jedit is a java-based editor. Most notably used as the editor for the Processing ide

@theangryepicbanana Ah. GEdit, JEdit. So many. Vim is the one true editor.

yeah, that's kinda true, no one reads those, for any website in fact lol