At Repl.it, our goal is to make programming more accessible. To achieve this, we spend most of our time building the IDE, the cloud infrastructure, and the tooling. However, ever since the advent of open-source, version control, and collaboration software, programming became much more than just about the act of coding -- it became an inherently social activity.

Our foray into Repl.it as a social coding platform started with the I Built This (IBT) competitions. Every competition had a theme -- games, bots, websites, etc -- people submitted their creations and others voted on them. This opened our eyes to the creativity in our community, and to the energy to which people are dedicating to building amazing things on this platform.

There are just too many great moments in the history of IBT to recount all of it but two things stick out as the major driver in thinking this platform could be much more than just competitions:

So given that we outgrew the competition use-case (although we'll continue to do those). We built this forum to make it easy for all of you to share your creations, discuss various programming-related topics (say talk about your favorite programming language), find collaborators for projects, etc.

Repl Talk is structured kind of like Reddit or Hacker News -- here are some of the features:

Each board has a certain subject/function. The main board is All which functions like the front page of Reddit -- all the posts are aggregated there. This is where most users will be viewing submissions unless they want to dig deep on a single board/topic and explore it.

Presently, there are four boards:

There are two types of posts: 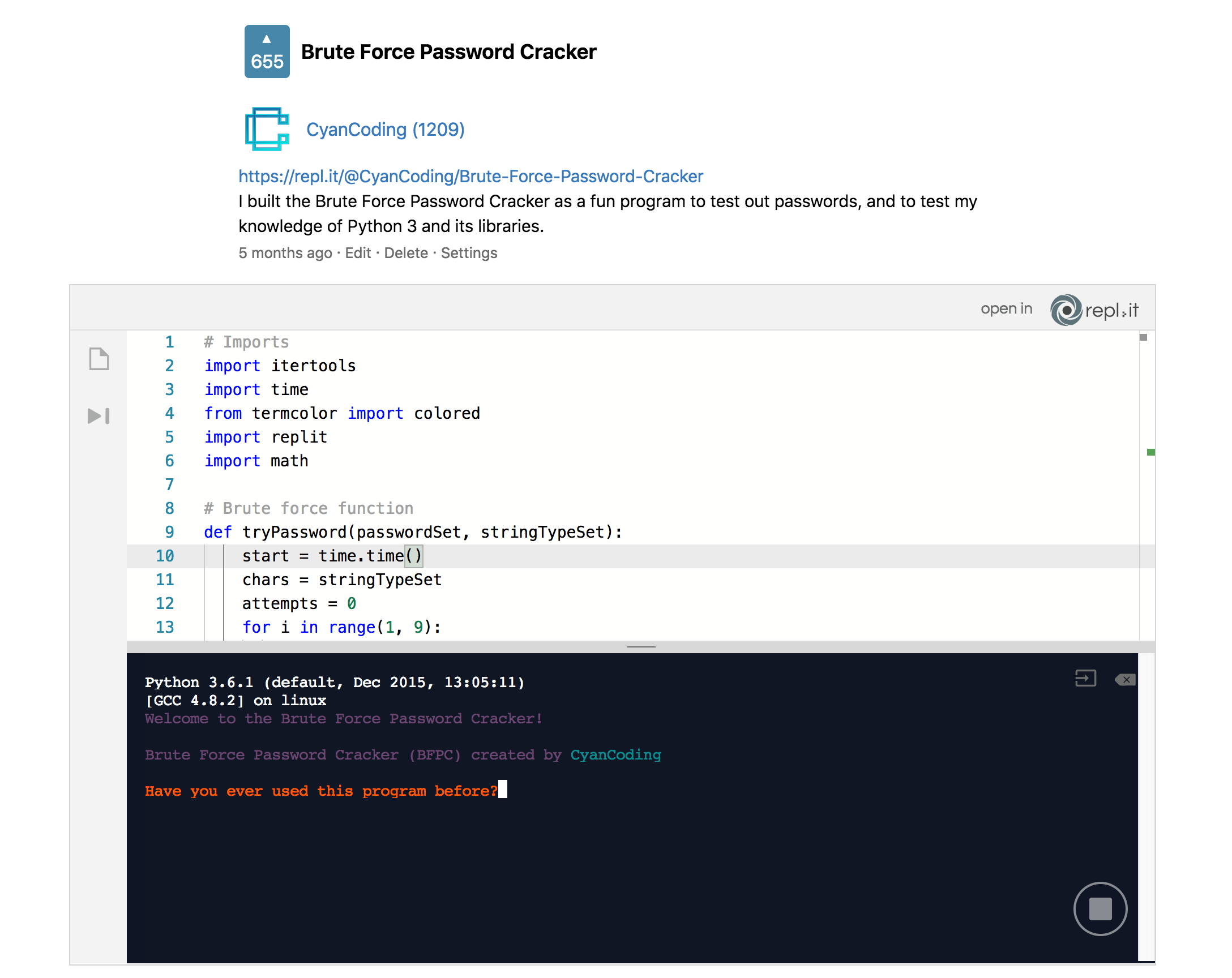 We'll be using the wisdom of the crowd to surface the best creations and topics of discussion -- upvotes! The default of view on the boards is an algorithm that tries to balance between upvotes and time, making it easy to discover new submissions while also surfacing things that people like. We call this "hot".

Other ways to sort is by time "new", or by all-time votes "top".

Cycles are Repl Talk's way of doing what's commonly known as Karma. Every time you get an upvote you'll see that reflected on your profile. Anytime you post there will be a number next to your name which is the number of cycles you accumulated.

The reason we called it "cycles" and not "karma" is because in the future you'll be able to use "cycles" as cloud credits. You can spend them on getting more resources (CPU, Memory, Storage) on Repl.it to host your applications. We'll announce this officially soon.

If you click on a user's profile you can look at, in addition to their repls, their posts and comments. 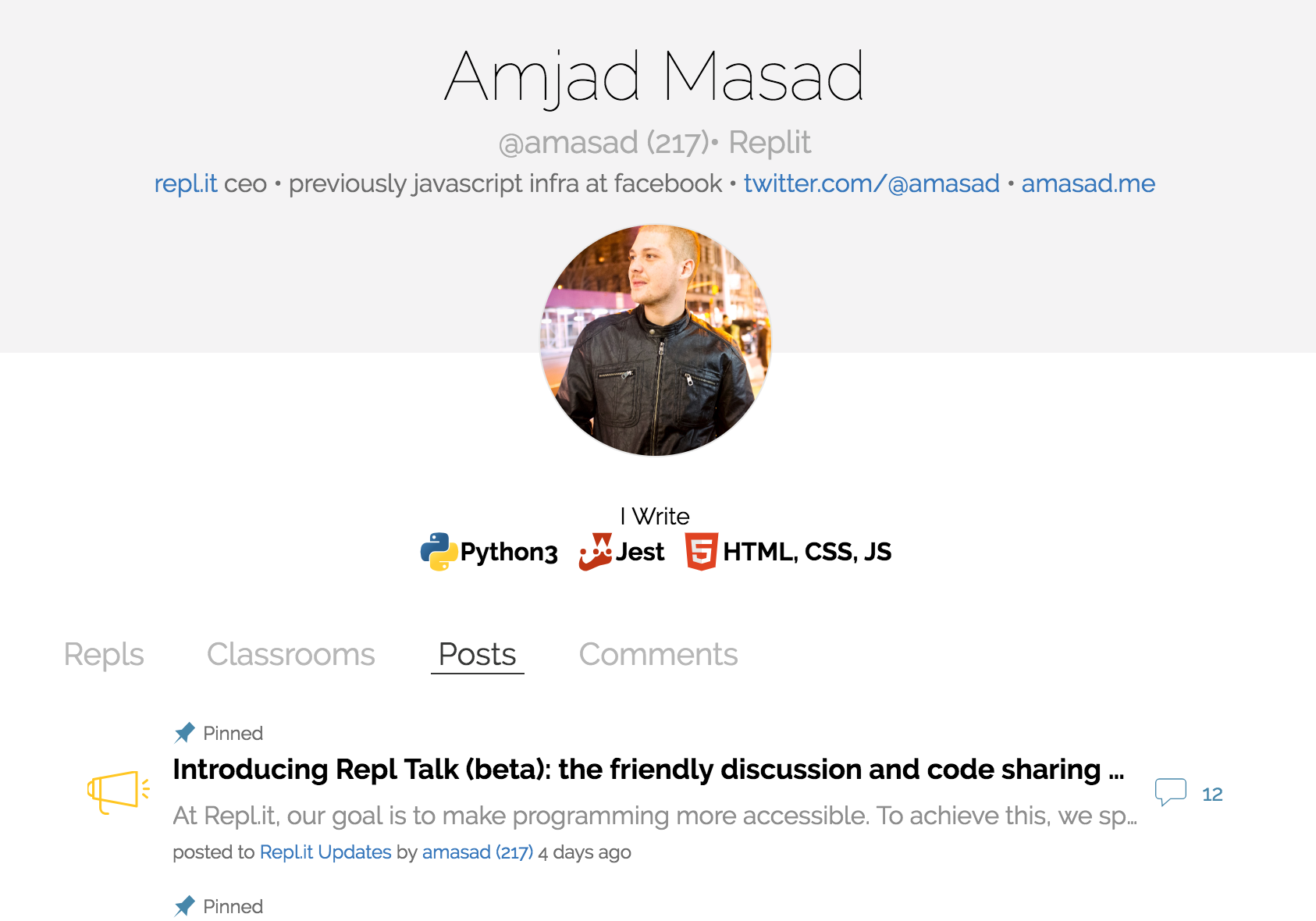 Every discussion board on the internet has a certain culture and value system. For repl talk these are the values that we came up with from observing the interactions on I Built This and thinking about how we can build a great community:

Have fun and I'll see you around 👋

2 years ago
You are viewing a single comment. View All
replitcode (104)

Thanks SO MUCH @amasad for supporting @pyelias and I's shared handle @replitcode. We love getting shout-outs and would love to share more of our projects in the future (or whenever possible)!
-Lukas Woodruff or @lukaswoodruff