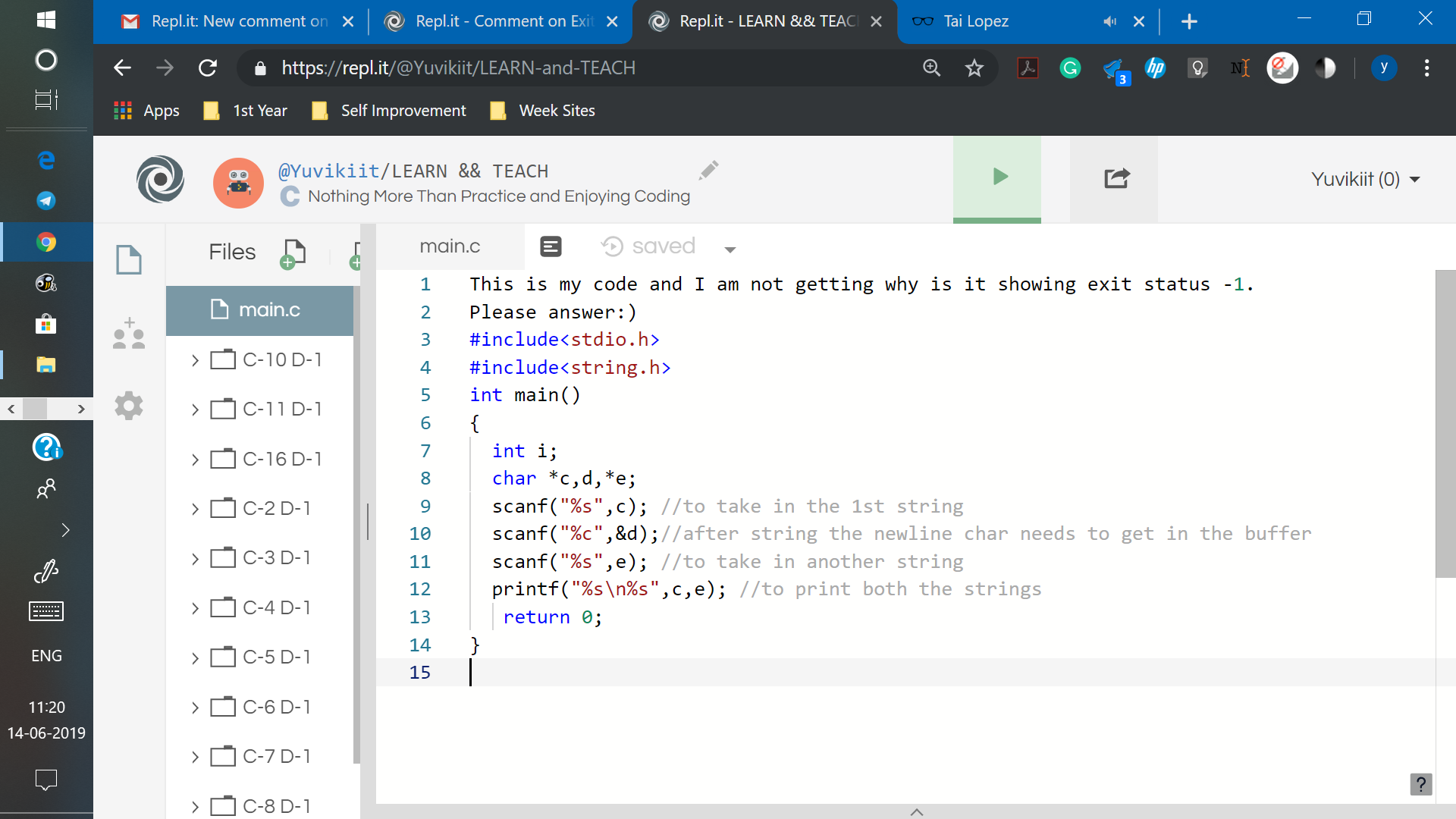 %s is only for strings
char c,d,e
you've got 3 chars

@mwilki7 Sorry I dont know about repl putting of code, I just pasted my code down and that removed before the c and e thus I am pasting the pic of it as well.
Sorry for that mistake so c is a character pointer let me know why that didnt work.

@Yuvikiit I see, repl formatted your asterisks out.
Try one backwards tick mark ` for inline code, or three for code with multiple lines.

As for your code, when you declare a char pointer:
char *c;

You need space to store stuff in it.
Arrays do this automatically because you tell it from the start how much space it should have like so:
char c[20]; // space for 20 chars already made at compile

To do this with pointers:

Here is a sample program that does this:

@mwilki7 Sankyu(Thanks) Sir for the reply, just let me know one more thing
Like why this works for a single string.
and how does it work:
I thought in the manner that being a character pointer
the pointer would store 1 character as I am entering and then will move to next byte for latter entry and as soon as I press enter it puts a '\0' at the end and completes the string,

And I also don't know like why this should be a problem even
is it because that the pointer has some garbage address stored in it and it is not a good programming practice to store our string at some garbage place though, the memory chunks might be continuous (as the char pointer
does that bit by default.)

and
let me know is it some compiler dependant thing because I tried the same thing in Codeblocks and it didn't work.

Thanks once again for the help.

@Yuvikiit
The only thing that's allocated for pointers up front:
char *c; is the address for the variable 'c' itself.

What 'c' is currently pointing at...who knows. For the sake of deterministic behavior, it may be a good idea to initialize it to NULL

@mwilki7 Thank you for help I will try to be a good programmer with this practice.