Can someone help me solve this. Its supposed to do this but i'm struggling.

Write a program that uses a while loop to request a certain type of information from the user. Example output as follows:

This is not a name. Try again.

This is not a name. Try again.

How do you do that? @PDanielY 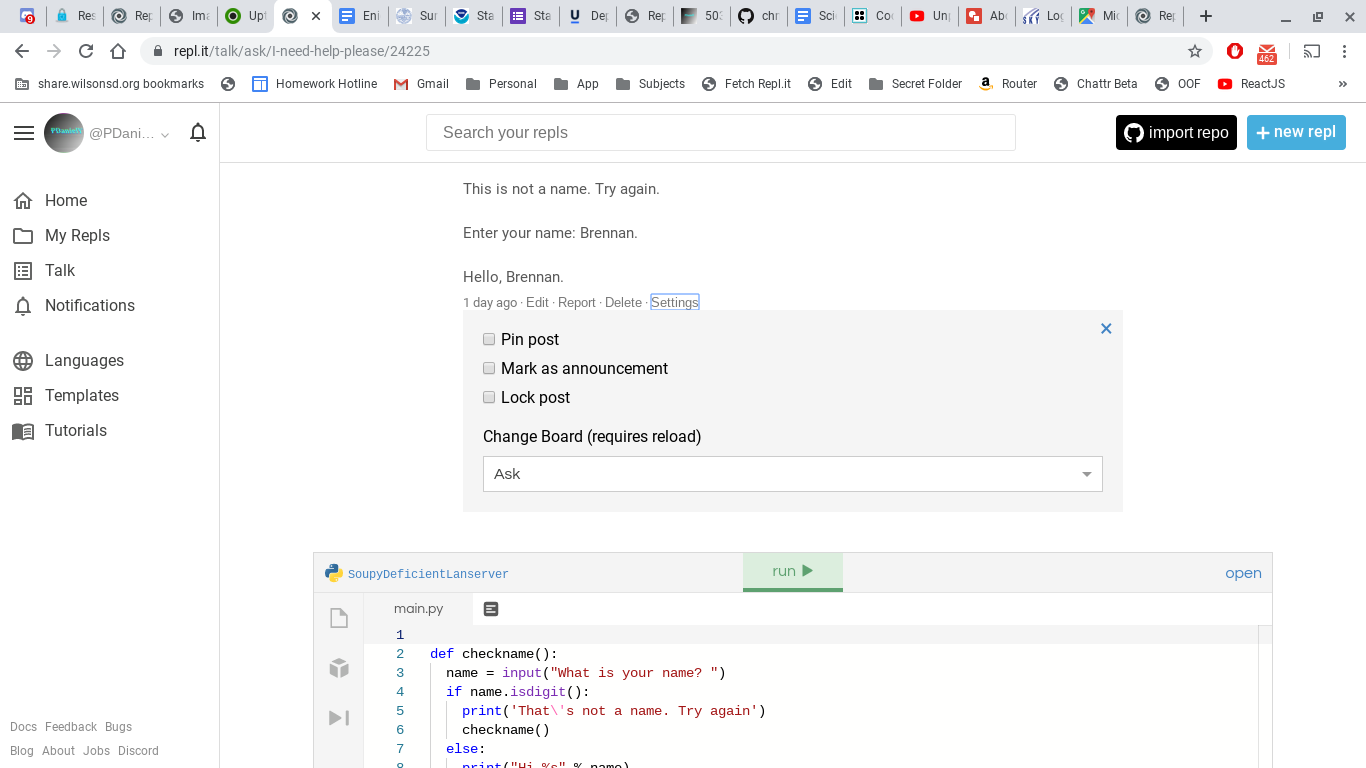 You are checking the type of the user input, but all input returned by input() is a str. If you want to see if a string contains a number, use str.isdigit().

Next, you wan't to use what's called a validation loop, which loops back to the input until the user enters a valid value. This is usually achieved with a while loop or a recursive function.

I did and it worked most of the way but when I put a decimal in the number it messed up. @BD103

where do i put that?
@RobertoBean

I think what you're looking for is testing whether or not the input is a string. This would be an easy solution, except that all inputs come out as strings. Thus, I would recommend using a try/except statement:

in this example, it takes the user input and tries to convert it into a float. if it can't, then it assumes it is a string, in which case it is considered a name. So, it says Hi [name] and returns, exiting the recursive function loop. If it is able to convert it to a float, then it will skip the except statement and move on to the next bit of code, which tells the user that what they inputted is not a name, and recursively calls itself.