← Back to all posts
If you could have one superpower, what would it be?
icr0 (11)

Not all the questions have to be tech-questions!

I love this question btw. Thanks

It would be some kind of clairvoyance. As the co-founder/CEO I often have to make big decisions that in addition to having a big impact on our platform it has an implicit bet on how the world would be.

For example, we moved repl.it code execution from the client to the server and that was a big bet on the idea that cloud computing will be cheaper and cheaper, that container technology a ala docker will get better and better, and that internet connectivity will get better with time.

So being able to peak into the future, even if in a crude way -- like getting visions or dreams -- will be a great superpower to have...

If I could become the character in any video-game, movie book, etc

Built in Computer Brain Interface, with a USB port and WiFi.

Yes they don't have to all technical. I like your question 👍🏼
Mine would be the ability to predict what's going on in people's brain before they think. that is on the brain side.
I would love to have another superpower so that I raise my hand and feeze the moment.

I don't like flying but love traveling so teleportation would be amazing. Plus I contract for repl.it (building this forum) in NYC and it would be awesome to teleport to SF for meetings (and steak!).

So I hate attention, so I'd definitely want a superpower to be not very obvious, but I also don't want to feel obligated to save people, so not something very powerful either a la Avengers...

I'll have to go with the ability to learn anything instantly. If you've ever seen the original matrix, it's like that bit where Neo learns kung fu or Trinity learns how to fly a helicopter, just from a computer program.

@timmy_i_chen that was going to be my answer at first! But then I thought about how much fun it is to learn something new... I wonder if I would miss it. 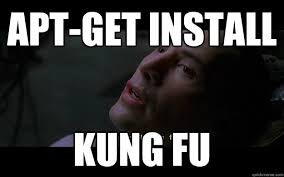