← Back to all posts
Lambda School
chinedua (0)

https://repl.it/student/submissions/7049938
I am trapped on exercises 3 and 4 anyone got some help for me?

Link does not work. I am guessing that you have deleted the repl. 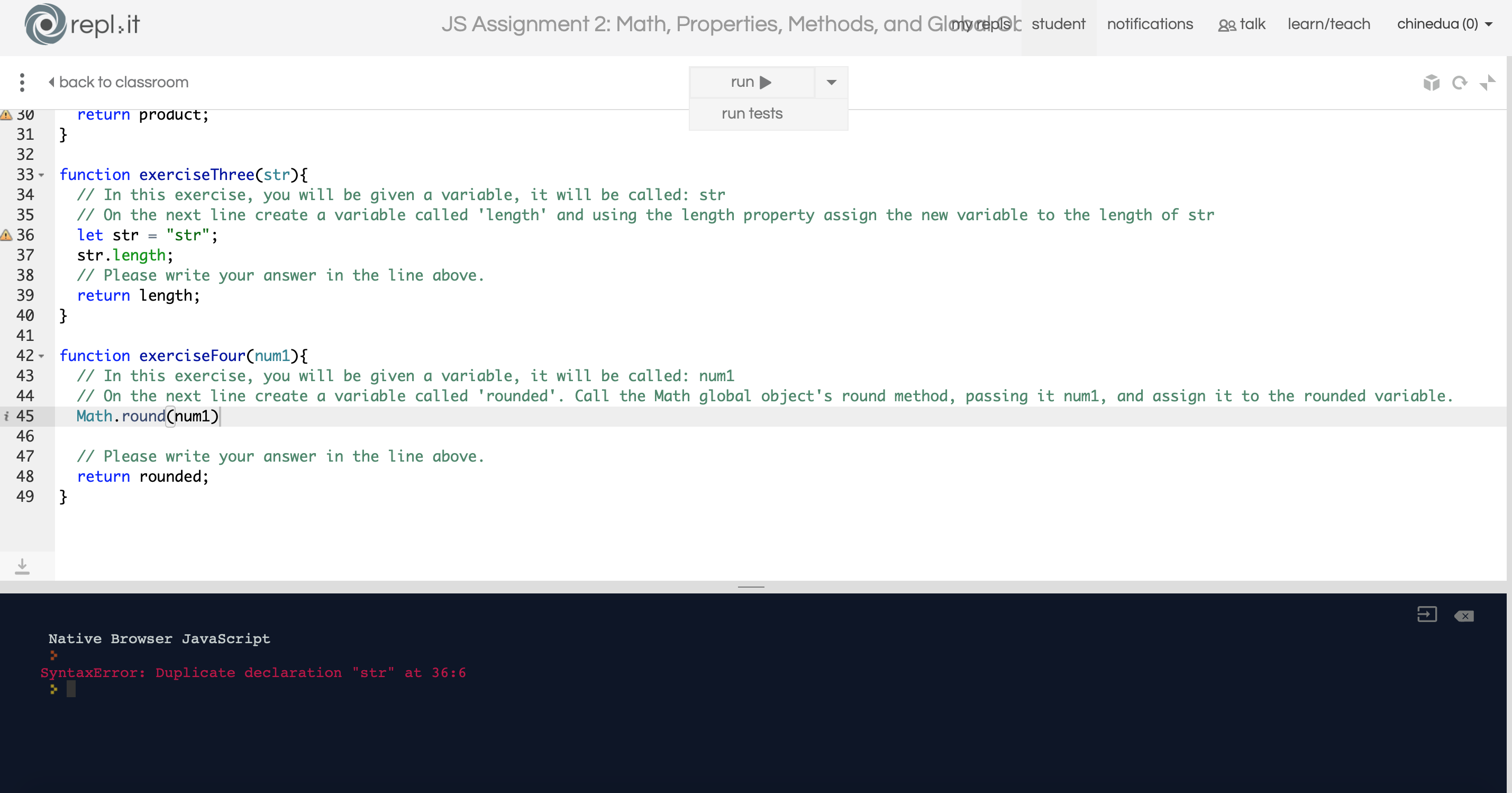 I hope this helps

str is the name of the variable that is passed into the function called exerciseThree. It could be any string value, for example "apple". This is how it would be passed in exerciseThree("apple"). Inside of the function str would store the value "apple".

When you have assigned the length of str to your new variable, then you need to return the variable.

You have just about got this one right! You have have rounded num1 but not assigned it to the variable rounded. In fact you have not declared rounded using let. How can you declare a variable and assign a value to it using one line of code? The example below shows how to declare a variable called fruit and assign to it the value "apple" using one line of code;
let fruit = "apple";