How To Visit Blocked Sites On A School Computer ~ Using Repl.it!

So, you're probably really annoyed at school for those cheap crusty chromebook hand-me-downs. Worst of all, It seems like every site is blocked other than Gmail, Google Classroom, Zoom, and stuff like that.

Today I'll show you a way that actually works.

Best of all, there's no need to download stuff and all that "Developer Mode" clickbait on Youtube. You can do it right here on repl.it.

First off, choose the site you want to access. I'll be using an io game called Moomoo.io (Yea, I still don't understand why developers can't give proper names to games). Well, anyways, don't visit the site itself - just do a google search. For example, instead of going to https://www.moomoo.io and getting redirected to something that says "You cannot access this page", just do a google search for "moomoo io". 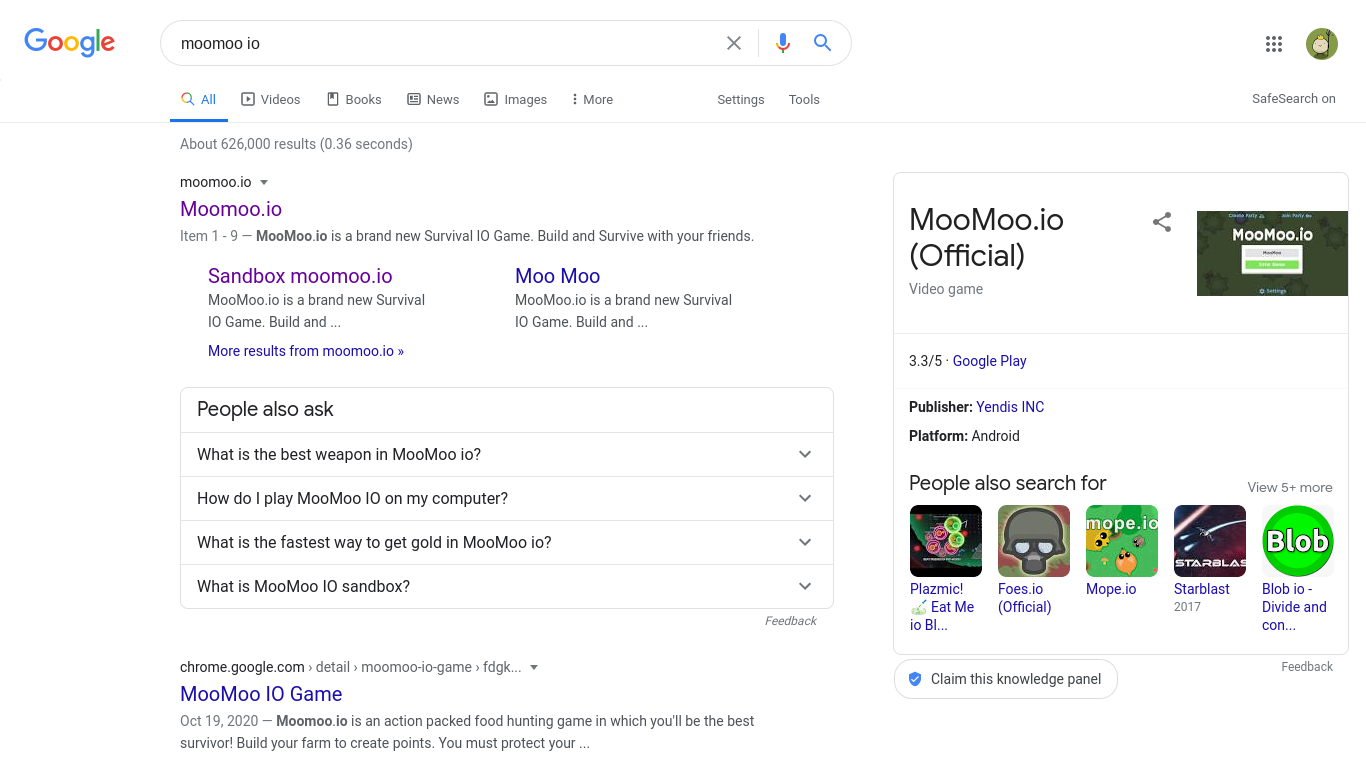 Assuming you're on a Chromebook, press Ctrl + U to view the page source. I have no idea why schools would hand out Macs, but if you're one of the lucky schools with PC's or Macs, just double click and select the option that says "View Page Source".

Another tab should open in your browser and should look like a bunch of disorganized HTML. 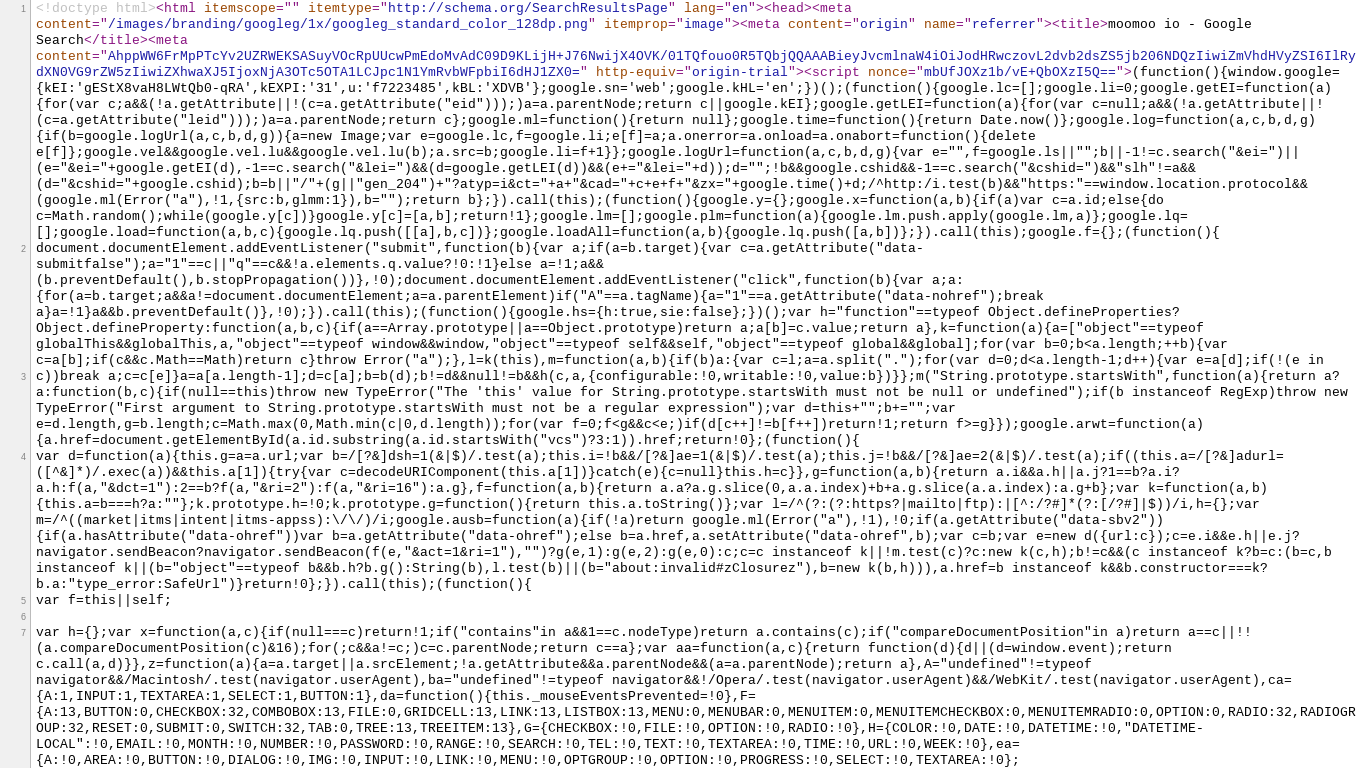 From here press Ctrl + A to select everything and then Ctrl + C to copy it. 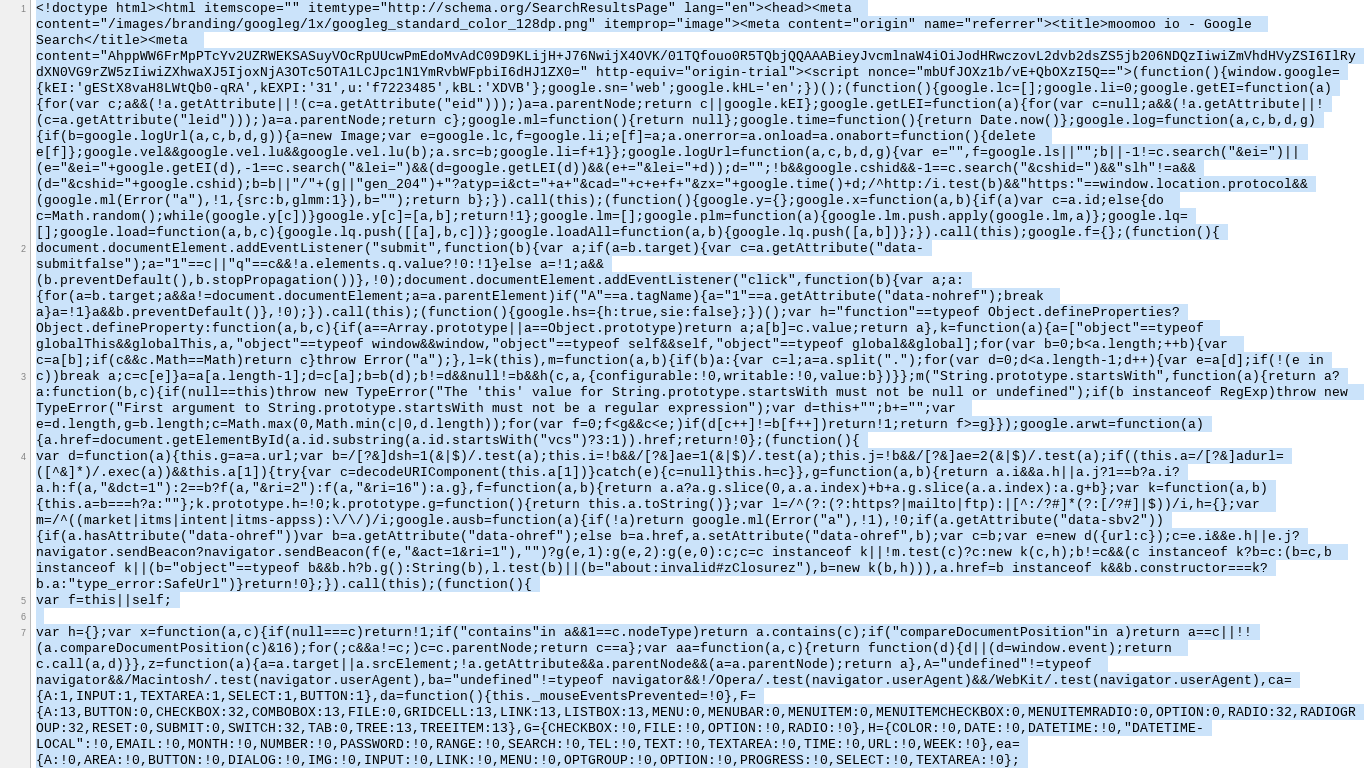 Now open up repl.it in another tab - and create a new repl. I'll call it MooMoo.io. Set the language to HTML, CSS, and JS. 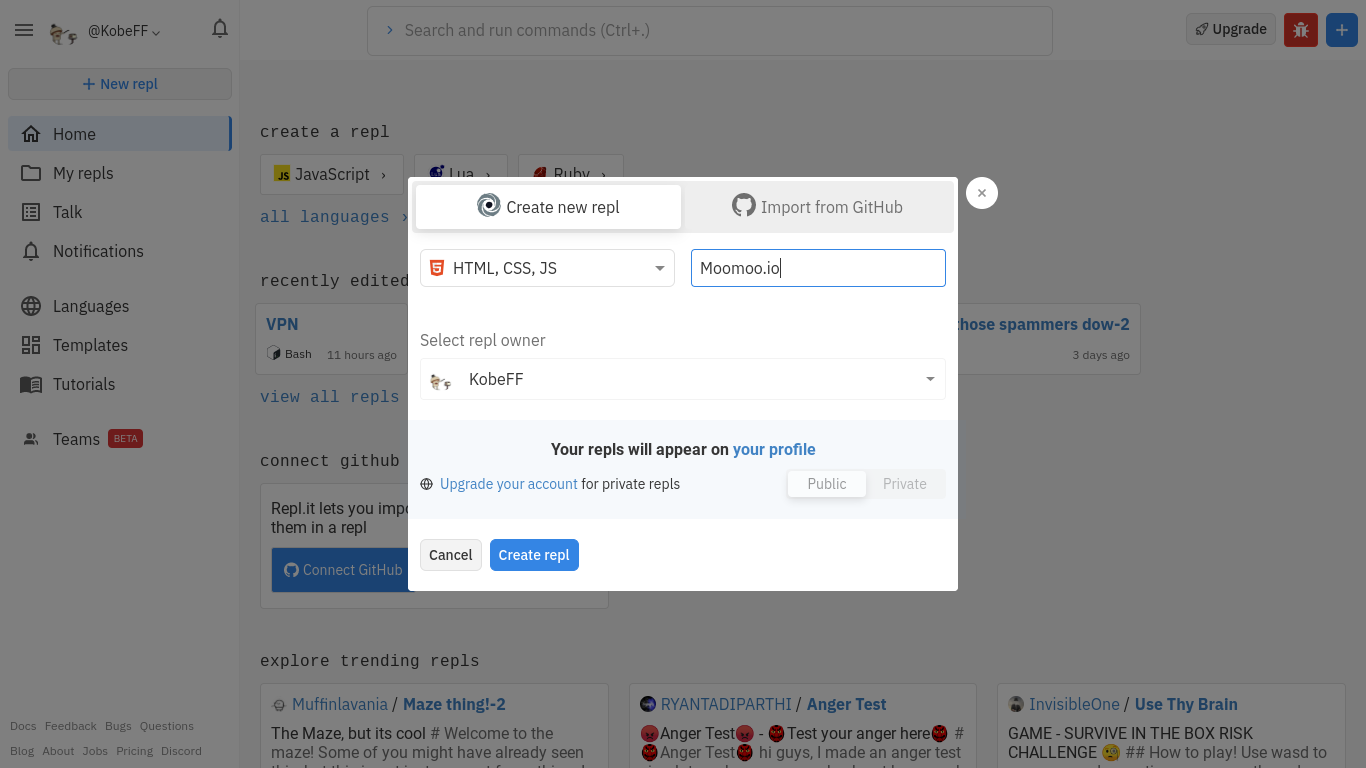 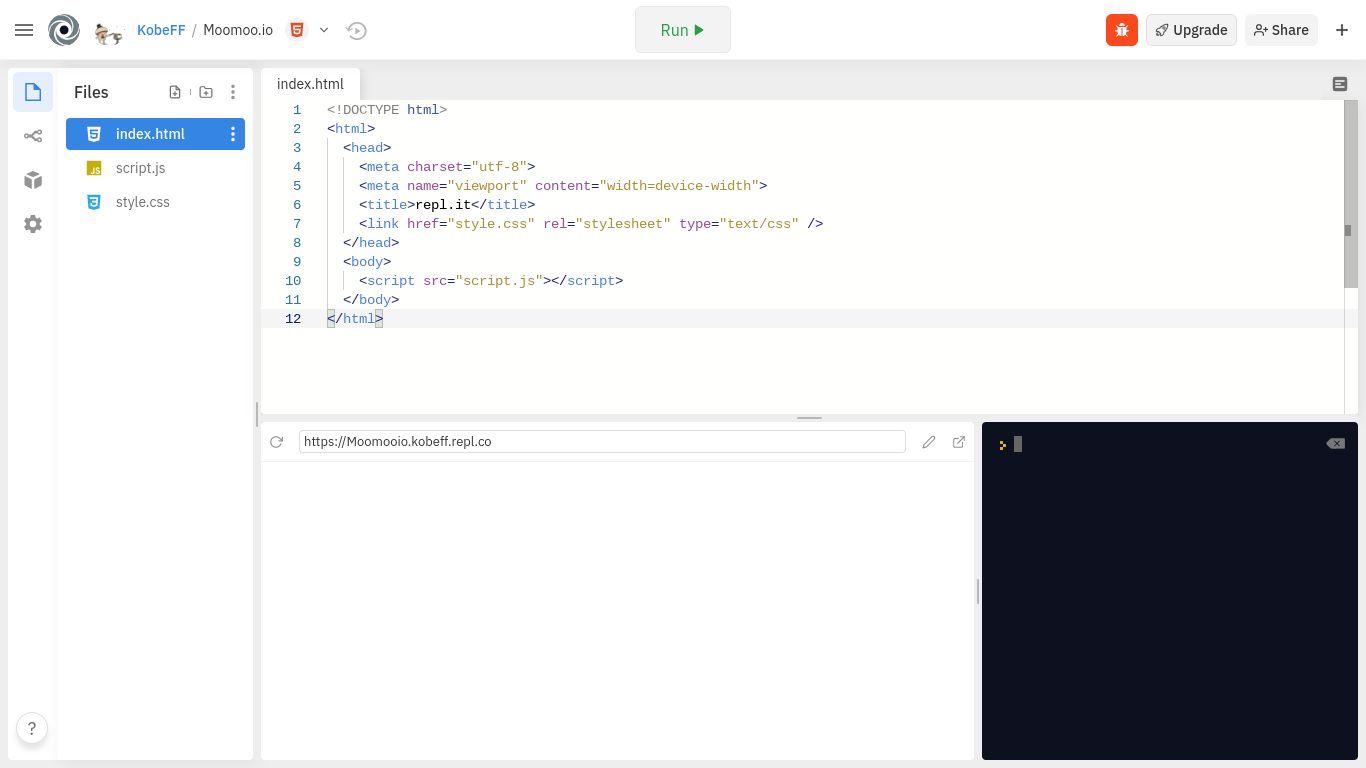 Now that we're in the repl, delete everything in index.html. and then press Ctrl + V To paste the HTML code you copied earlier and run it. 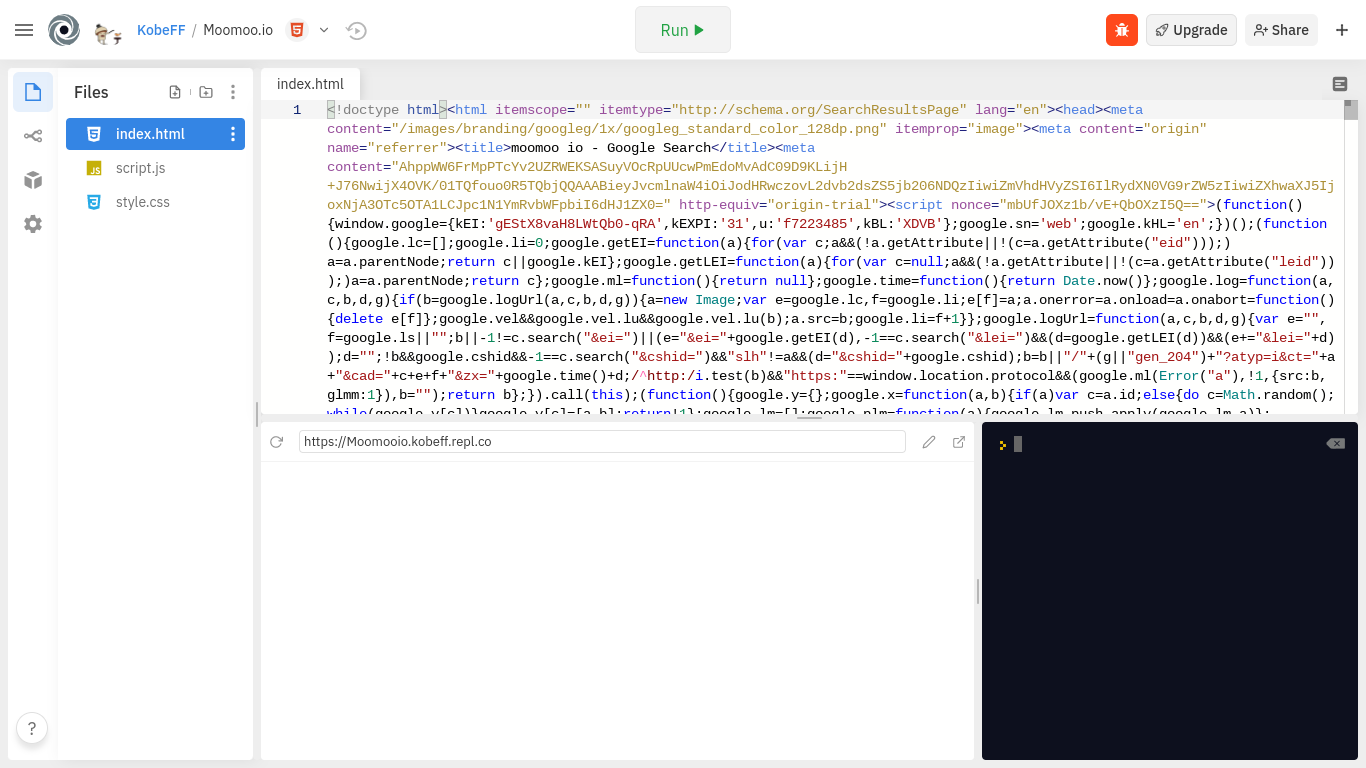 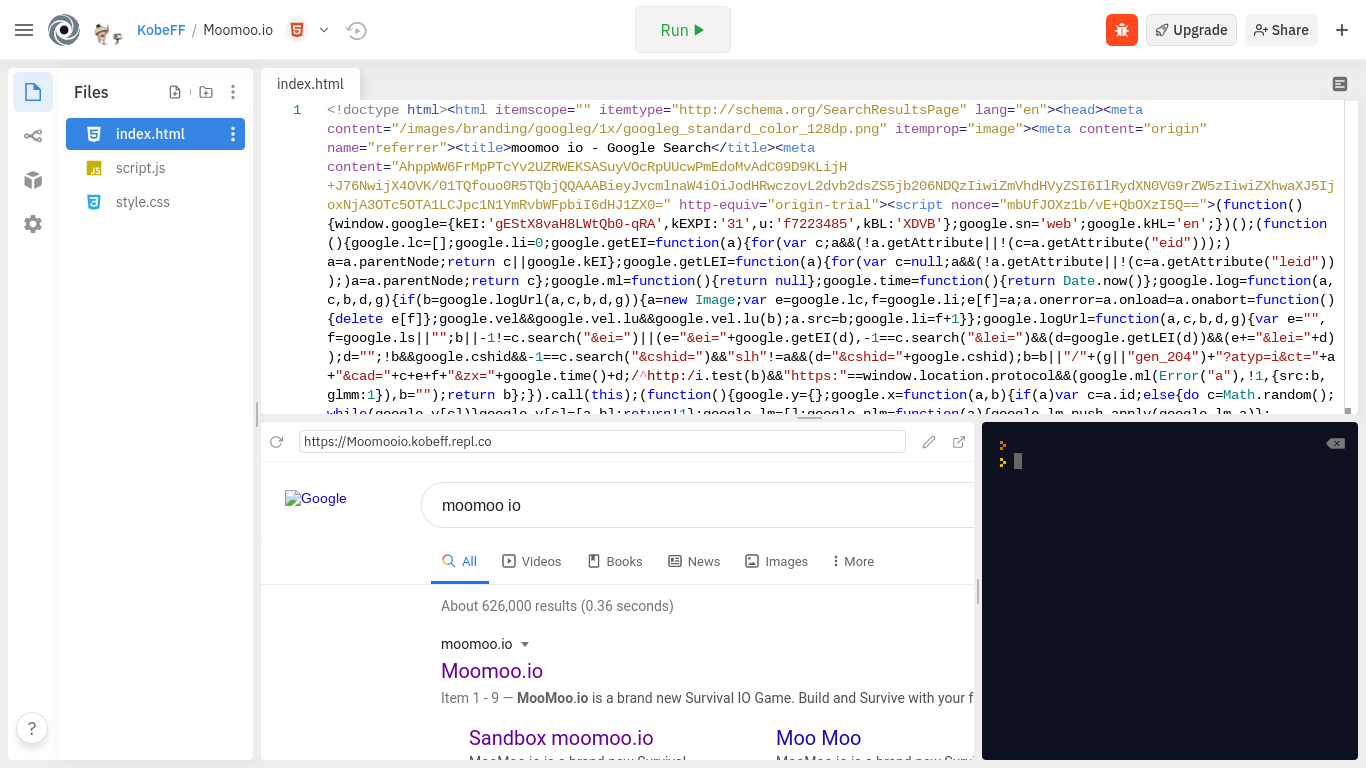 Yay! It's a mini google search! Click on the website you want to go to. Conveniently, for us, its the first result. 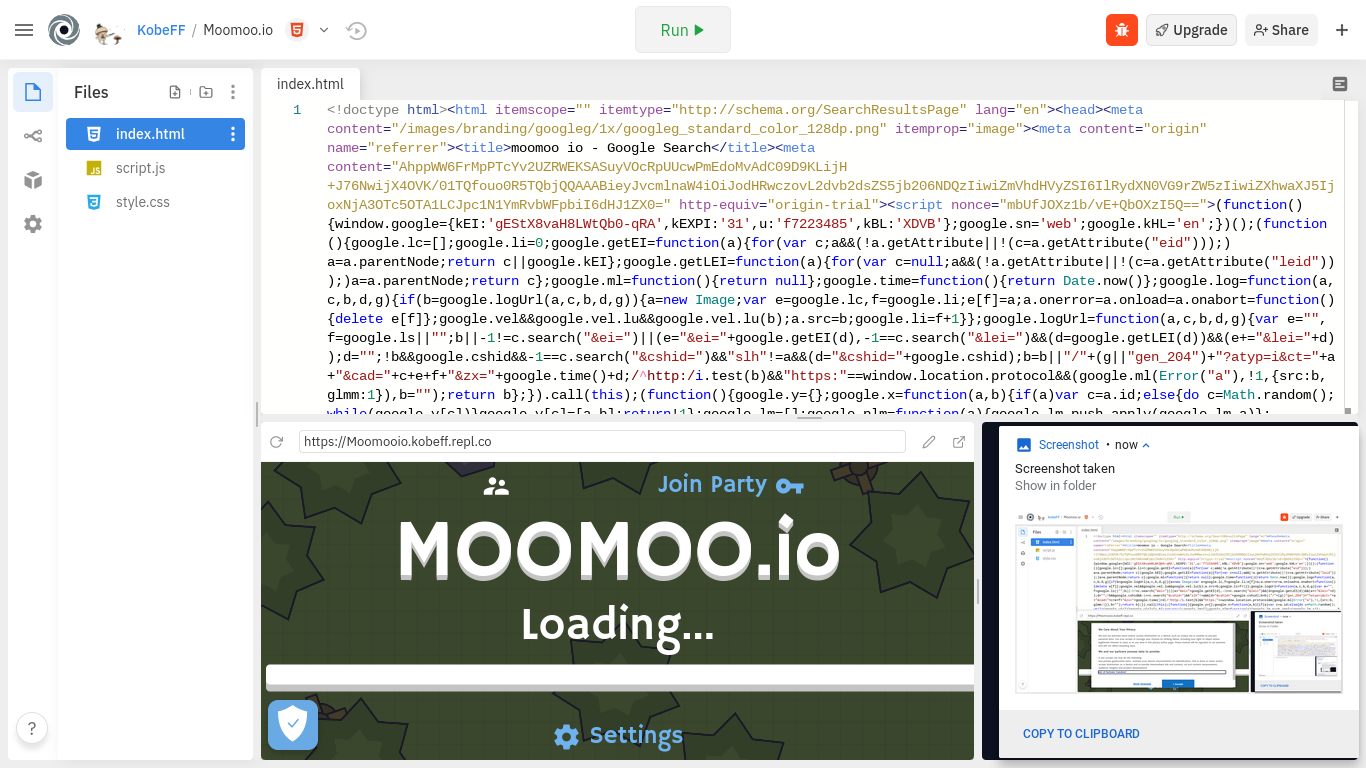 And we're in! But wait... It's really inconvenient playing in that tiny screen. Open the repl in a new tab and it'll be full-screen! 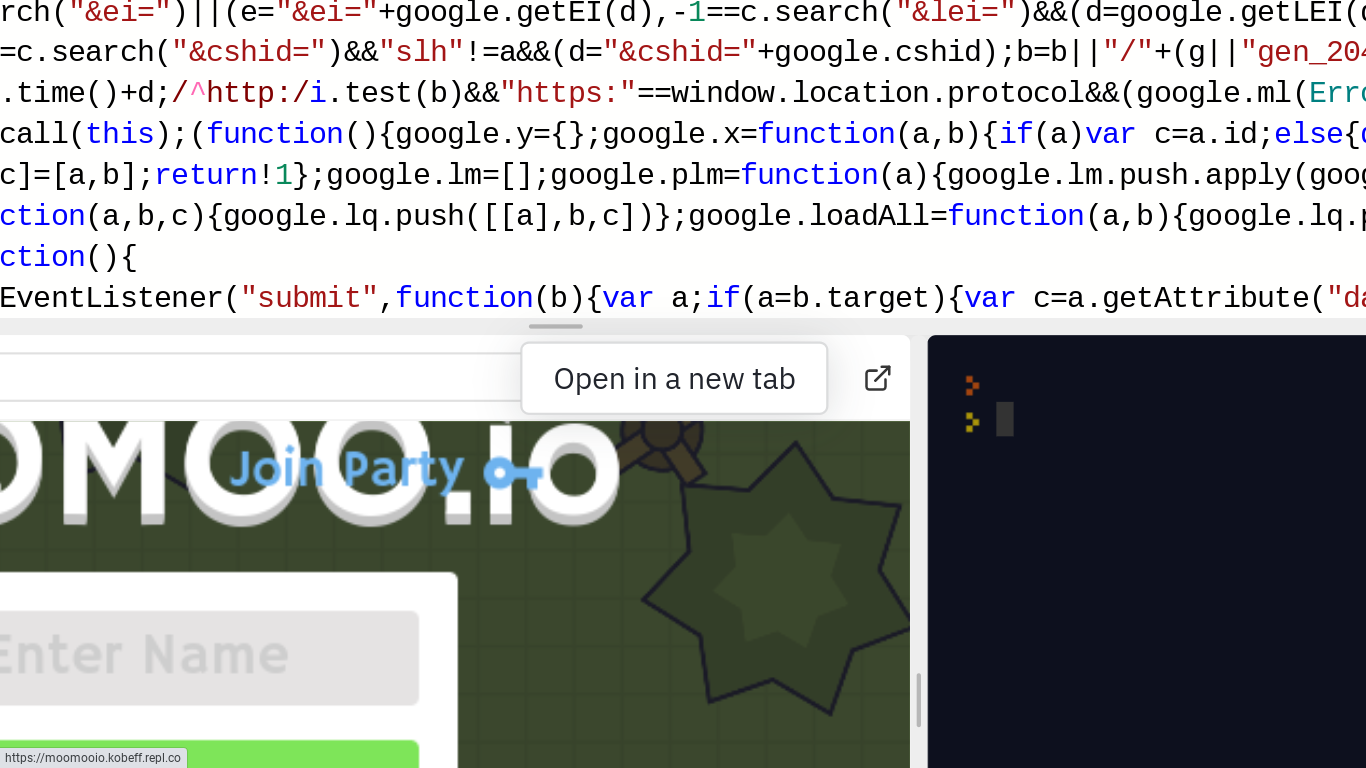 Well, for me, I get a blocked page whenever I try to open it in a new tab. Well, repl.it has a feature where you can change the size of the html display!

Drag the lines all around to make the display box bigger. 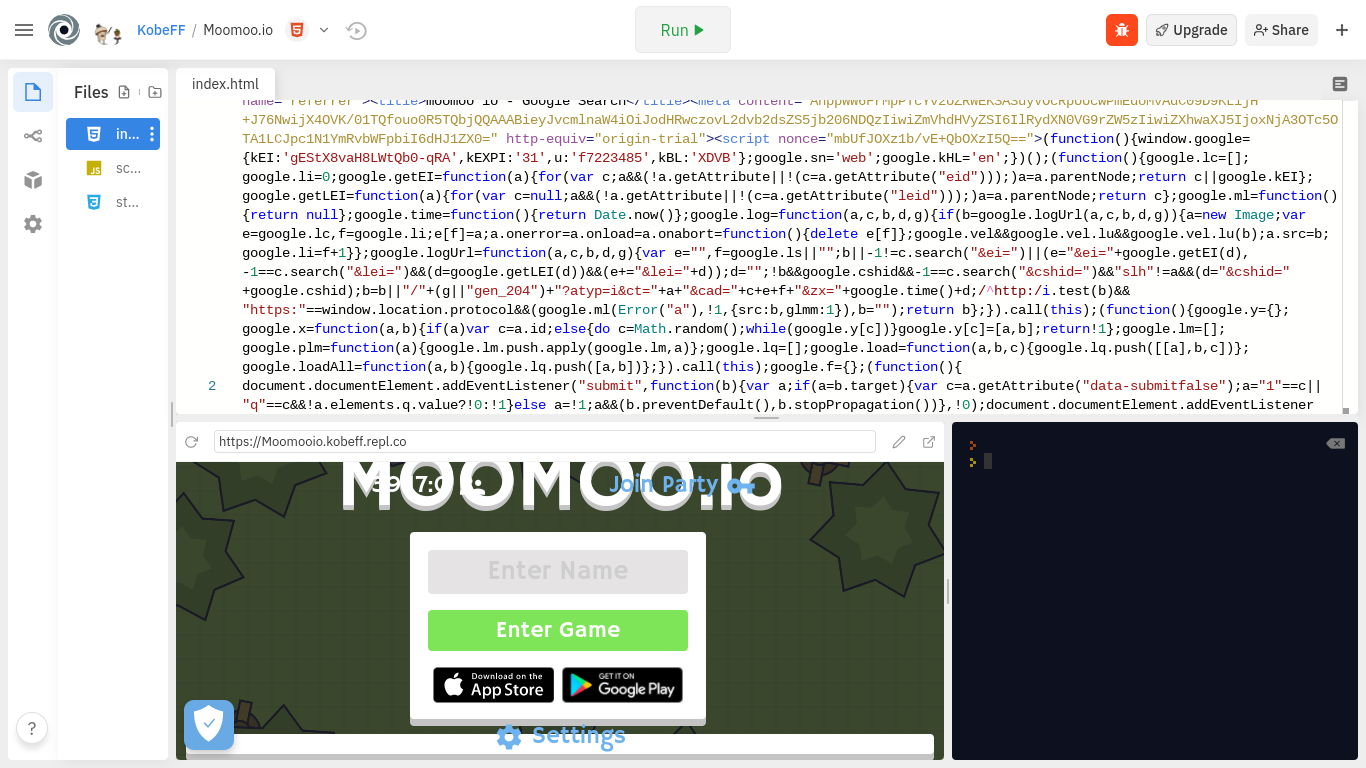 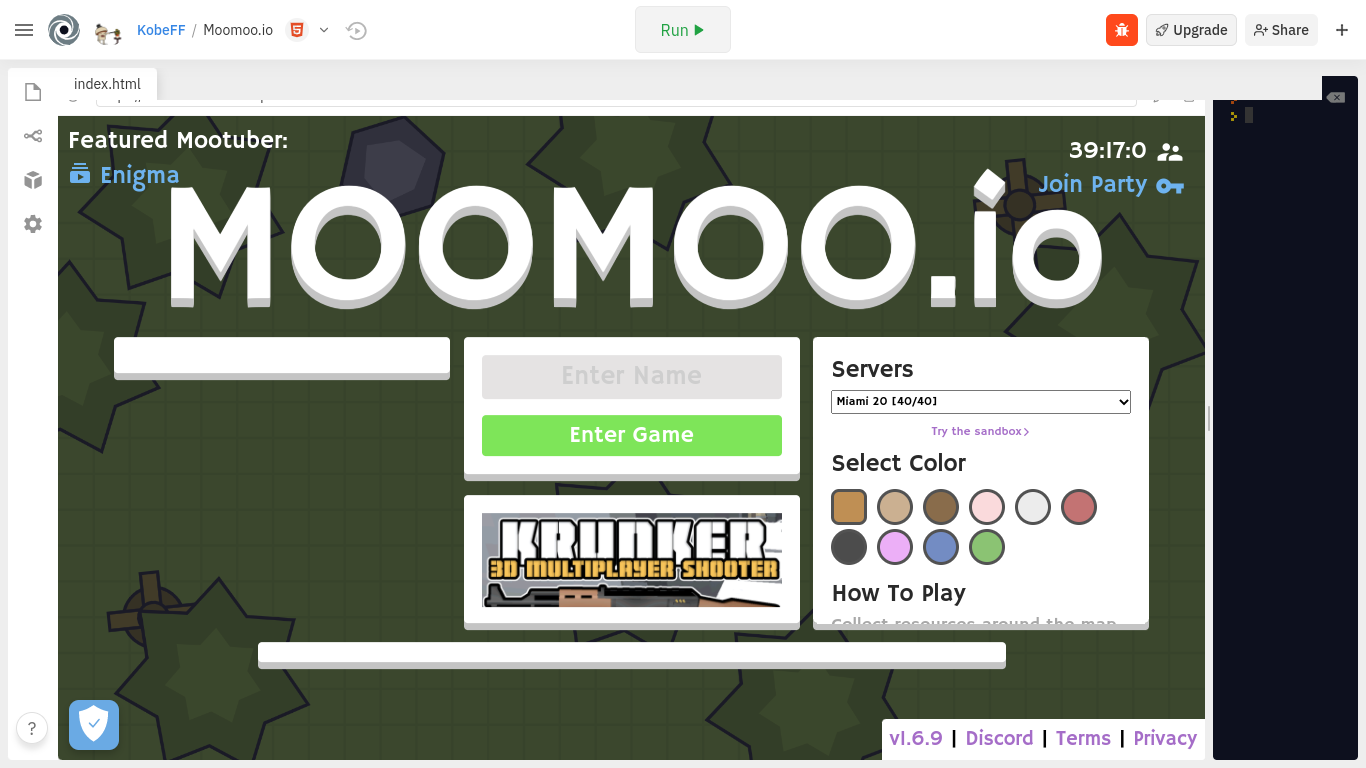 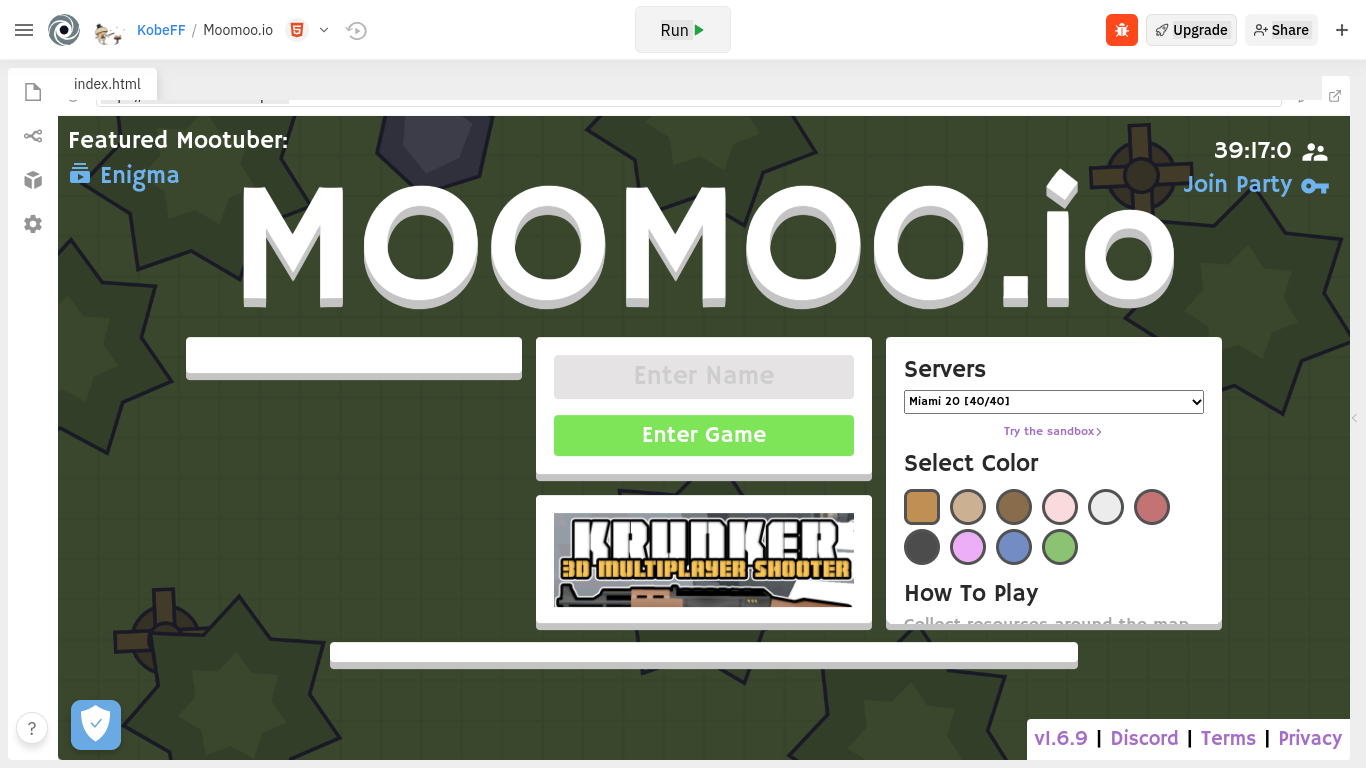 And now it's playable! 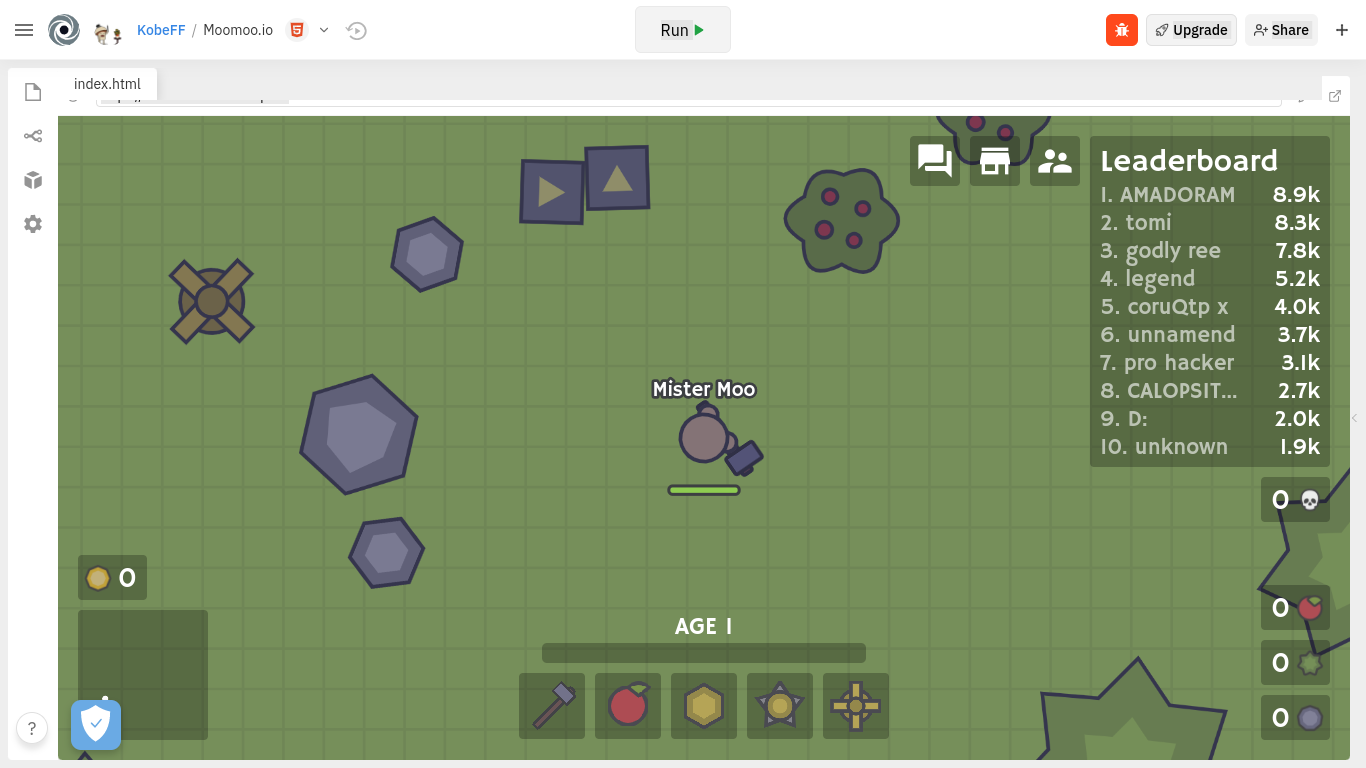 Enjoy and leave an upvote if this helped you!

3 months ago
You are viewing a single comment. View All
elipie (329)

@CodeLongAndPros yeah, he said it at the top of his post.