I stumbled upon this post, which described a method to access Git commands from within your repl. Using a Version Control System (VCS) like Git is incredibly useful, and even more so when augmented with GitHub.

In the post, the accepted answer recommended using the os Python module and accessing system commands from there.

I created a little repl that demonstrates this. Make sure you delete the Sigag directory before starting the program (although it's not a strict requirement). After the clone has finished, I'm able to leave the repl, reopen the repl, and have the Git repository still there.

However, there is a much easier way to use Git commands. In most repls, you're able to enter the shell. Press F1, and type shell. Note that with some keyboards, you may need to press Fn+F1. (You can also press Ctrl+Shift+p - thanks @ArchieMaclean!) 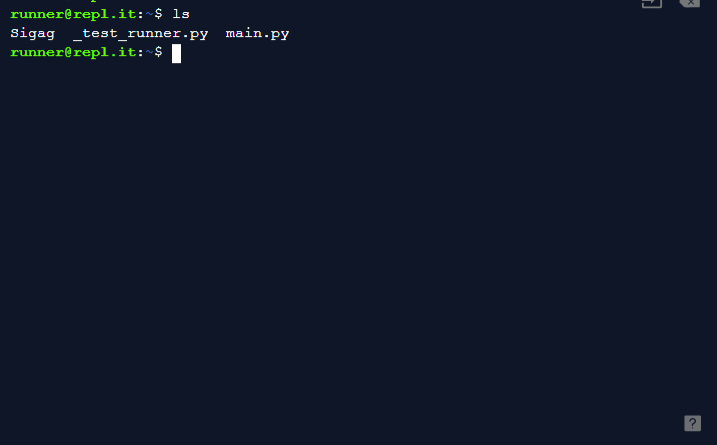 Now, you can just clone it the usual way. 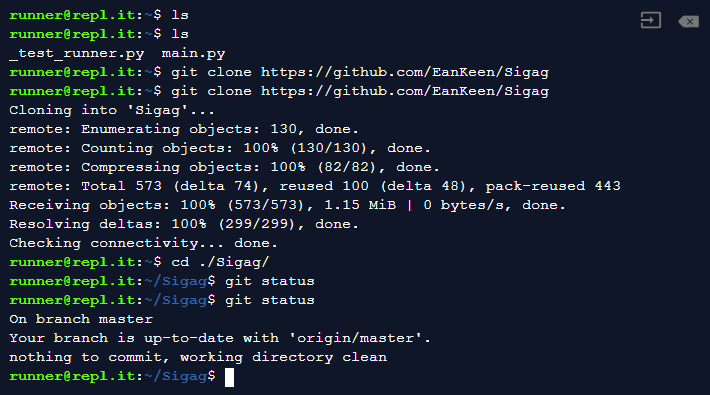 Once the clone has finished, you should see the Sigag directory in your file tree!

However, the output of ls and your file tree may be different sometimes. For example, I would type ls into the shell, and it will show Sigag as a directory. However, my file tree would only show main.py. To fix this, simply refresh the page.

It may seem a bit convoluted getting this to work, but easier methods of using git will be introduced at a later date, according to the post below. The screenshot below was taken on the publish date of this guide. 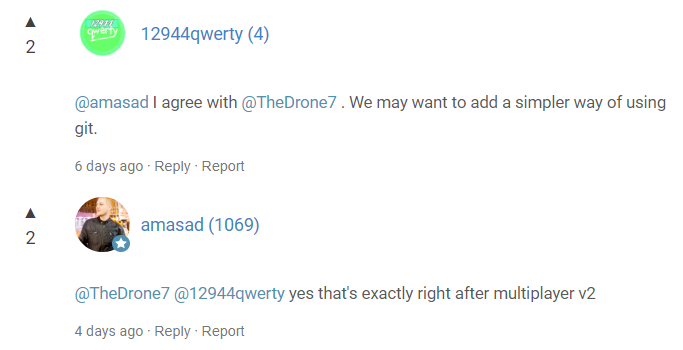 I hope this was helpful 😄. Let me know if this helped you!

2 years ago
You are viewing a single comment. View All
ArchieMaclean (884)

You can also press Ctrl Shift P (and type shell) to open the shell, if you don't have the function keys (like me).

@ArchieMaclean Hey, thanks for the tip! I put that in there. I'll edit it in - hopefully it helps out some fine chaps! :)