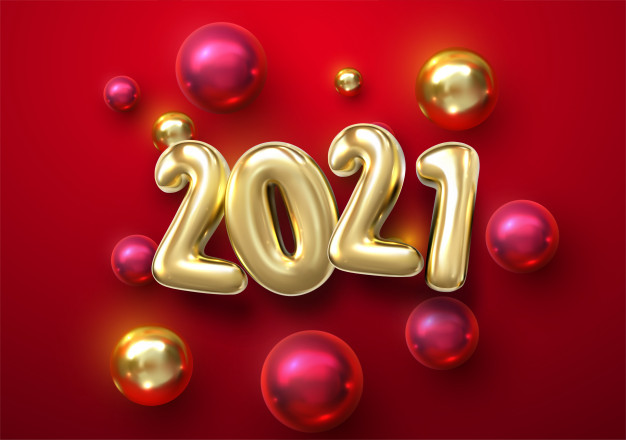 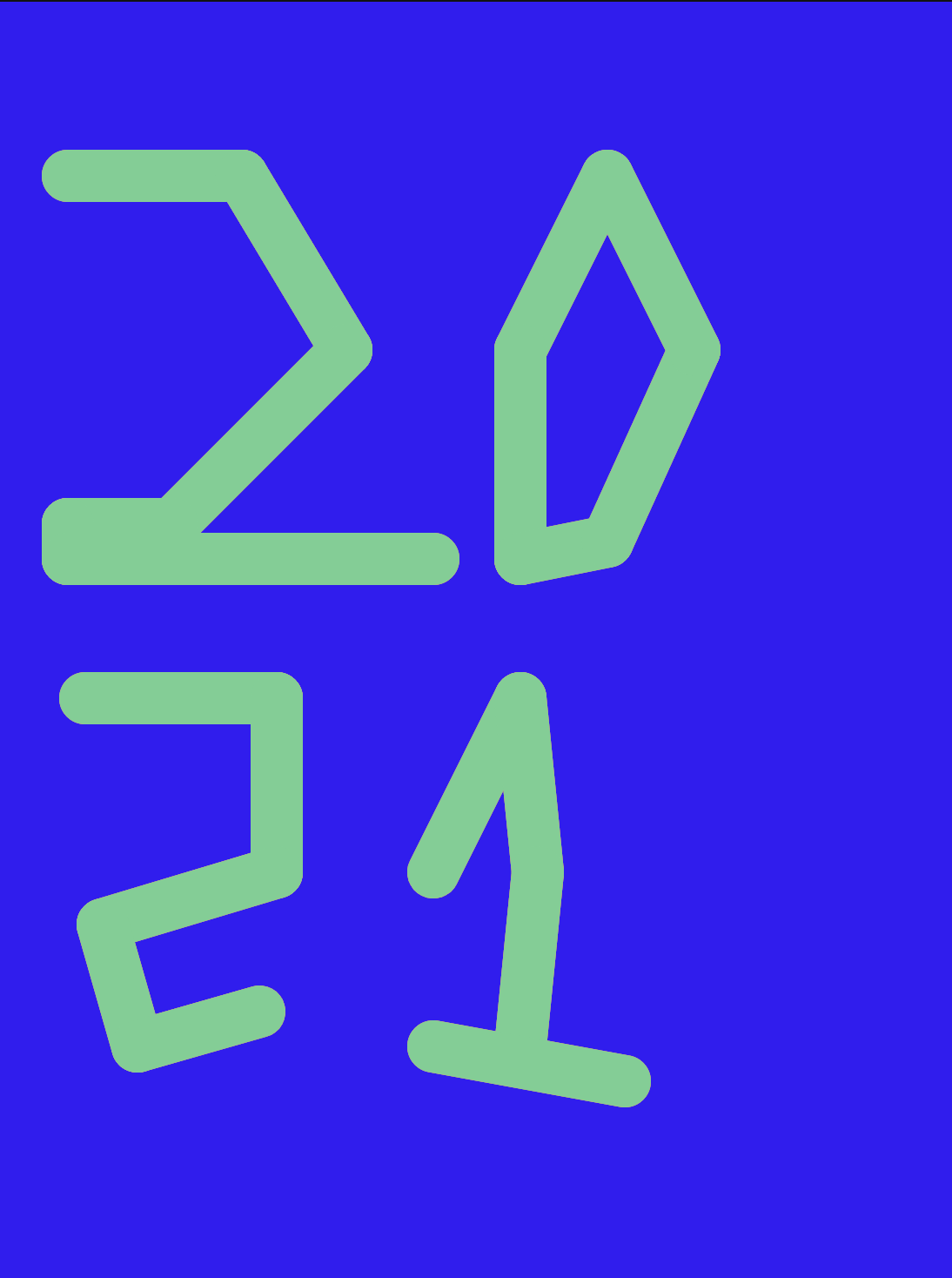 I know, I know, I'm kinda late (ok fine 8 days late) but I got caught up with tests (3 big ones) in the first week (2 on Tuesday, 1 yesterday) of back to school (how mean are those teachers?!). Nonetheless, I hope ya'll had a fantastic break celebrating Hanukkah, Christmas, and of course, the end of 2020.

Anyways, there's @CodingCactus' really cool New Year Jam (here). At first, I didn't really know what to do, then initially decided to make some sort of fireworks animation in Python, then gave up on the first print statement because I was in no mood to do ASCII. Next, I resolved to do the same thing but in p5.js. Again, I wasn't motivated to do some kind of animation.

I then thought, dang, what a great way to start 2021 -- not in the mood and not motivated to some sort of coding project, and that's when I had this little idea to make these cool numbers (2021) in p5.js!

So yea, because of I didn't have much time (did I mention my WiFi decided to commit toaster bath in the middle of the school (zoom) day and this lasted for almost the rest of the day? By the way, fun fact, at the moment of writing this, my WiFi decided to jump from a cliff so I'm currently typing this in the .md file hoping it doesn't crash and lose my work), so, because I didn't have much time to really think through and make a 'bigger' thing for the jam, I've decided to just let this be my submission .

So, when you run this program epilepsy warning!!!, you'll see the numbers 2021 on the screen. The crude way they are written in is intentional. Those numbers will be continously changing colors. 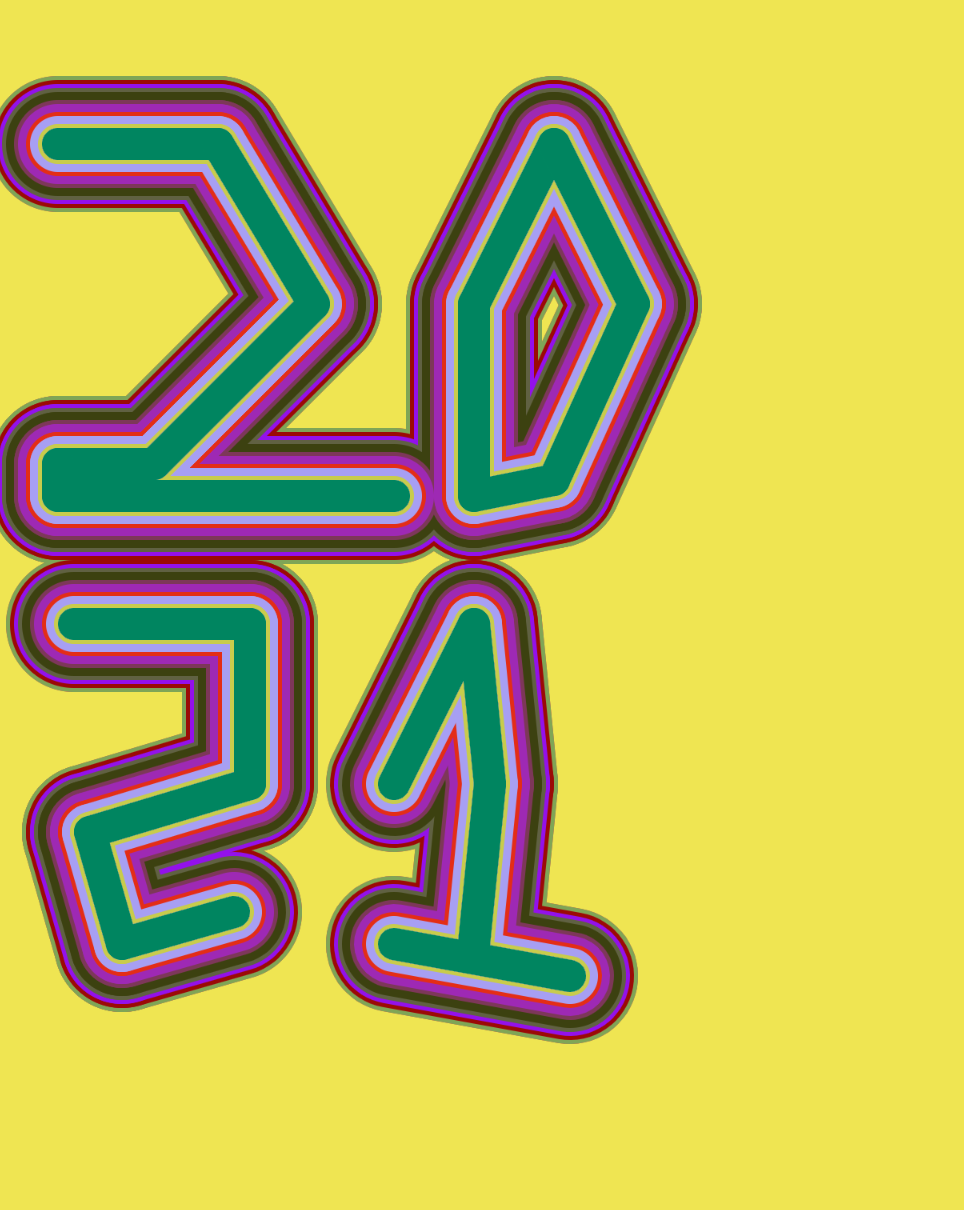 Every 15 seconds or so, the background shall change color.

I've added plenty of comments around the code, so feel free to explore the script.js file to learn more about p5.js.

But basically, first, I have some variables; lineThickness for how big the numbers are, a boolean variable changeColors which determines if the numbers should change color or not, and counter is kind of changing the background color periodically (more on that later).

In the setup() function, I create a canvas with an initial background color black and I also set the frameRate to 10.

In the draw() function (which is a bit like a while True loop), I increment the variable counter. Next, with a if statement, I check using the modulo operator (%) if the expression counter % 100 == 0 evaluates to true. This means that every time counter has a value that can be divided by 100 (so when 100 is a factor of counter), then it changes the background color. Like I said above, this happens every 15 seconds or so.

Next, I assign the strokeWeight to the variable lineThickness that can vary. I also have the variables r, g, and b that are random numbers between 1 and 255. Those are the colors of the numbers, as well as the background.

Afterwards, a another if statement; if the colors of the numbers are meant to change, then it sets the frameRate and fills and strokes the numbers with those random colors.

You'll then see a bunch of line functions, those are the lines that compose the numbers.

So yea, a pretty straightforward program! Fun fact: If you ask Rick Astley to give you the movie Up, he will refuse, because he's never gonna give you Up. But by not giving you up, he's letting you down. This is known as the Astley Paradox.

Also, like they say in those cheesy American movies:

I have abetter feeling for 2021 after this.

HAHAHAHAHA I HAVE NO SUCH WEAKNESSES!!!! 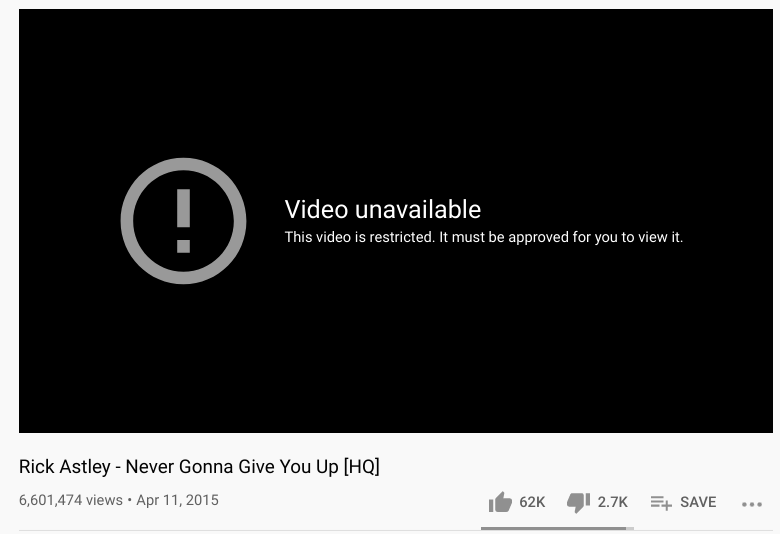 @angrydoge lol you sure or just HACKED? is it blocked or what

@angrydoge aww. that sucks. why not look at this video instead: https://drive.google.com/file/d/1QRmoNmvH7eqYoXPuuFGFqn-GON3l4d1K/view?usp=sharing 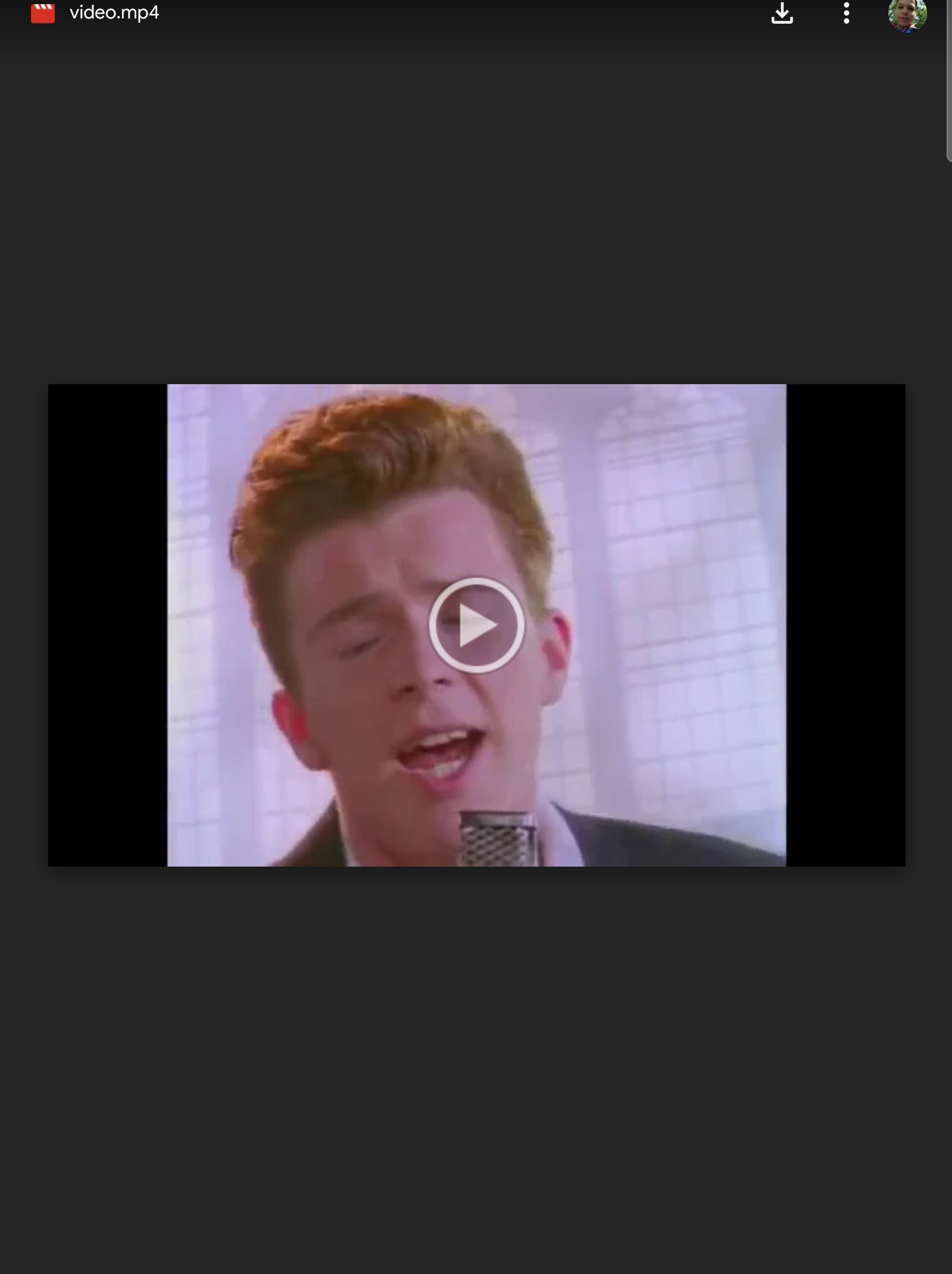 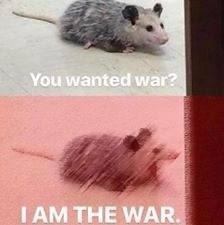 I SAID I HAVE NO SUCH WEAKNESSES HAHAHAHA

@angrydoge WHY DID I FALL FOR THAT

@angrydoge I seriously doubt that.

@angrydoge Have you seen the Mr. Beast video where he buys out 5 stores? Its pretty great. Here it is if you want:

What do you think I am, an idiot @SwaroopBappanad?

@angrydoge I guess I am

@angrydoge yep, this is going into my rickroll filter.

My rickroll filters on uBlock failed me :( so you win 🅱️ookie0

Nice try with the link, but you can't fool a veteran lmao. Also, pog project!

Thank you sir you let me realize I haven't liked rick astley never gonna give you up yet. Have an upvote :)

Before anyone can say it...

lmfao I said that was what I said.. @FloCal35

We all know 2021 is gonna be better because its off to such a great start....

@JBYT27 nah I've posted a few other HTML repls lol, but this is the second time I've made a p5.js.

@DSAEvan A JS Library. Check this out for more! ;)

Hmmm. wifi issues, maybe another reason not to have a mac?

it was a problem with the wifi at our home, not because of the mac lol

is it possible to display 2022 for next year?

@DSAEvan Well that would be next year lol

@Bookie0 but is it possible to change it easily

@Bookie0 in the code

yea, look at the code and replace 1 with 2. @DSAEvan

@Bookie0 where is it

@DSAEvan check the part with all the line() functions ;)

@Bookie0 thas complicated tho. I no understand it

@DSAEvan it's pretty simple, you just call line() and inside you put the arguments where the points' coordinates are.

Is that vid a rickroll?

@Bookie0 not knowing he is falling into my twap
IDK I thoght tere wuz a vid tho on tha post?

*oh it was a twap i thought it waz a tlap

GUYS THERE IS A RICKROLL IN HERE DO NOT CLICK VID IN DESCRIPTION!