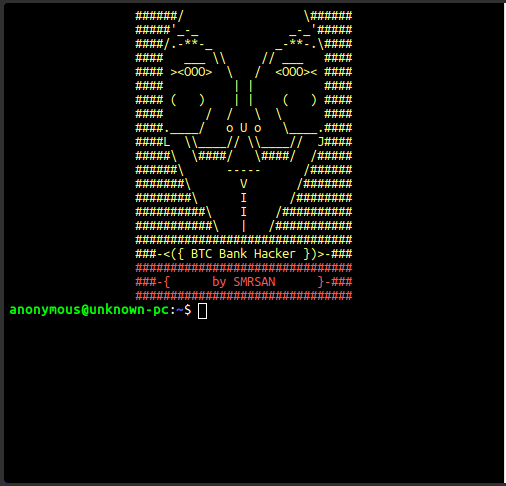 Used no external libraries/frameworks.
(Just used the google fonts)
99.99% made/written by me!

💫 The Magic of The Game Logo

Look at the center of the hacker face (in the game logo above) for about 20 seconds. Then look at a white and smooth wall and blink continuously.
Say what was appeared on the wall by posting a comment ❔❗ 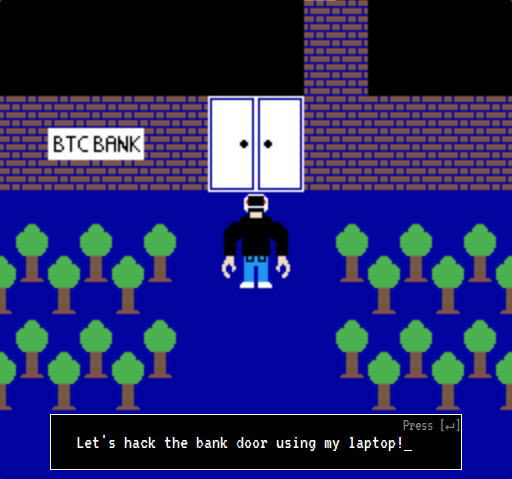 I made this game so extensible to help us to make infinite kinds of levels. I didn't make more than just one level because of the lack of time. However, you can take a look at the scripts/levels/LVL-1.js file and see how I made the map and the logic of level 1.

I built this game using pure HTML, CSS, JS.
Camera moving/zooming animations are made using CSS transformations, because of it's higher performance than JS.
CSS has higher performance, however it makes the pixels blurry in high zoom levels.

You are a very professional hacker who want's to export all of bitcoins of a scam company called BTC Bank.
Now, it's night and you should break into that company and export all the bitcoins from it's main server.
So ... Let's do it !

Cannot vote because is locked, but is a very nice game. 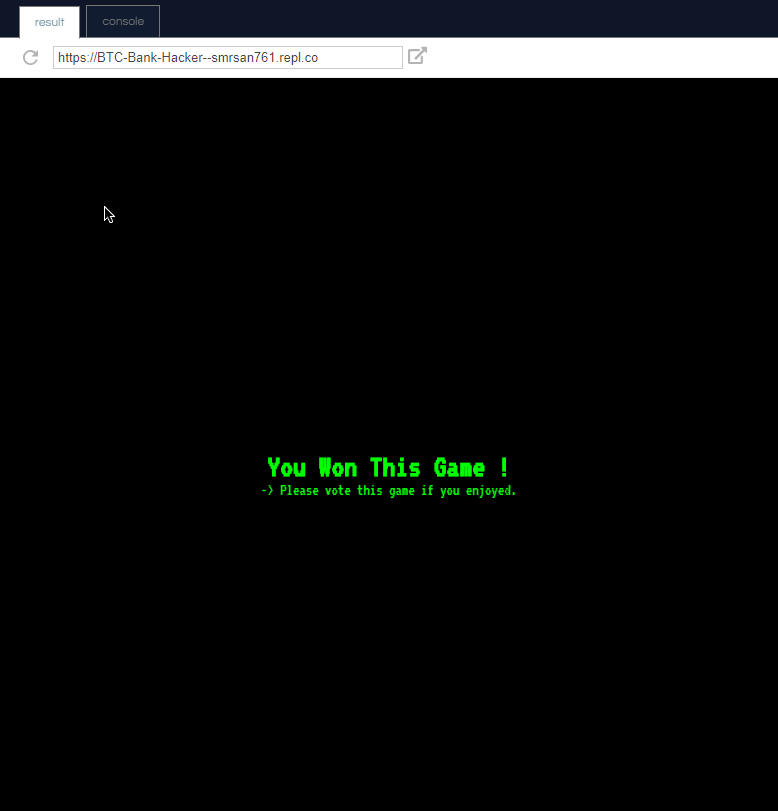 @ThreeSpy712 Excuse me, if the game was too short. I couldn't make more levels, because of the lack of time.
( Thanks for playing )

Cool game! I'm not sure how to get through the first step though... ;(

@KiKUP Connect to the required devices, then hack them.
You are also able to use both --help or -h option, and the man command to see the manual text of each command.
So ... I think everything is clear !

@smrsan761 Ok, I used help but some things were still a bit confusing. I got it now. Thank you!

@KiKUP Excuse me, if it's a bit confusing. but it's a puzzle game.
However, Thank you, too (for playing)

@smrsan761 Haha, that's probably why I couldn't figure it out. xP

This game is AWESOME!!!

THIS IS REALLY GOOD

@Mooopy I hope you have achieved that full pleasure. 😉

@Mooopy Nice ! You are the first hacker 🃏
I didn't made more than one level because of the lack of time.
However, Thanks for Playing 😉

@kamalhasan Excuse me if this game is a little specialty. In fact, this game is kinda joke (because BTC bank is never possible) and also is kinda practice for who want to be more familiar with bash commands (very basically).

These are the basic keys:

and, These are some guides:

and a very major guide:

Don't forget to use net --list-networks before connecting to any networks!

I hope you'll be able to win this game and enjoy ;)

@smrsan761
so. i won once using the link.
but when i copy pasted it in to a repl, it wouldn't work.
plz help with that the game is pritty cool.
good job.
oh and i saw the hacker face for like 5 seconds