NOT YOUR TYPICAL REPL TEXT ADVENTURE!

[ UPDATES: ]
1. WHY UP-VOTE? If you play the game and like it, please give it an up-vote so more people can see and enjoy it. The REPL "Talk" screen sorts projects by a ratio of AGE vs. UP-VOTES.
2. Don't forget to REST when you've taken damage after a fight! 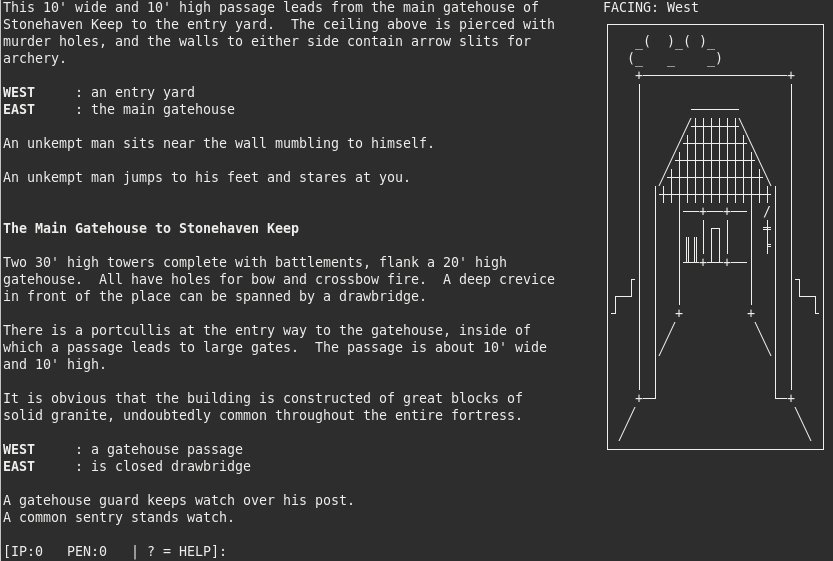 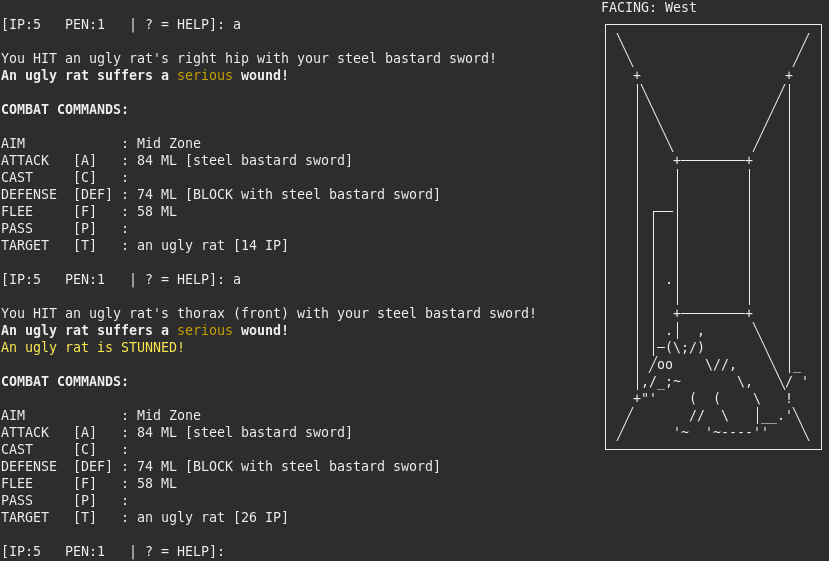 A while back, I shared my initial idea for creating a 3D maze game. I took that idea and combined it with an RPG Text Adventure I've been working on for a while. Here's the result!

NOTE: Game is best played in a full screen window due to the 3D perspective "window" in the upper right corner:
https://harn-gamemaster.hashcode.repl.run/

Typical text adventure commands can be used to move (such as north, west, etc), however you can also use the cursor buttons:
Up: Move forward
Down: Move backwards (doesn't change facing direction)
Right: Turn to the right
Left: Turn to the left

While the graphics seem VERY simple, it is in-fact a 3-layer rendering engine. If portions of the first layer are transparent (such as an opening in a wall) then the contents beyond are rendered. This means when you open a door, the contents of whatever is beyond that door will be shown, etc.

Don't forget: You will still need to read the text side of the screen for room descriptions, NPCs and other information.

Lastly, the game is clearly not complete. I work in my spare time on:

I would guess there's enough in the game to play through the first 30-40 minutes or so (including the rat warrens).

Let me know what you think!

PPS. If you get injured, use the REST command (while not in combat) to heal up.

10 months ago
You are viewing a single comment. View All
LizFoster (644)

How heavy were the keys before?