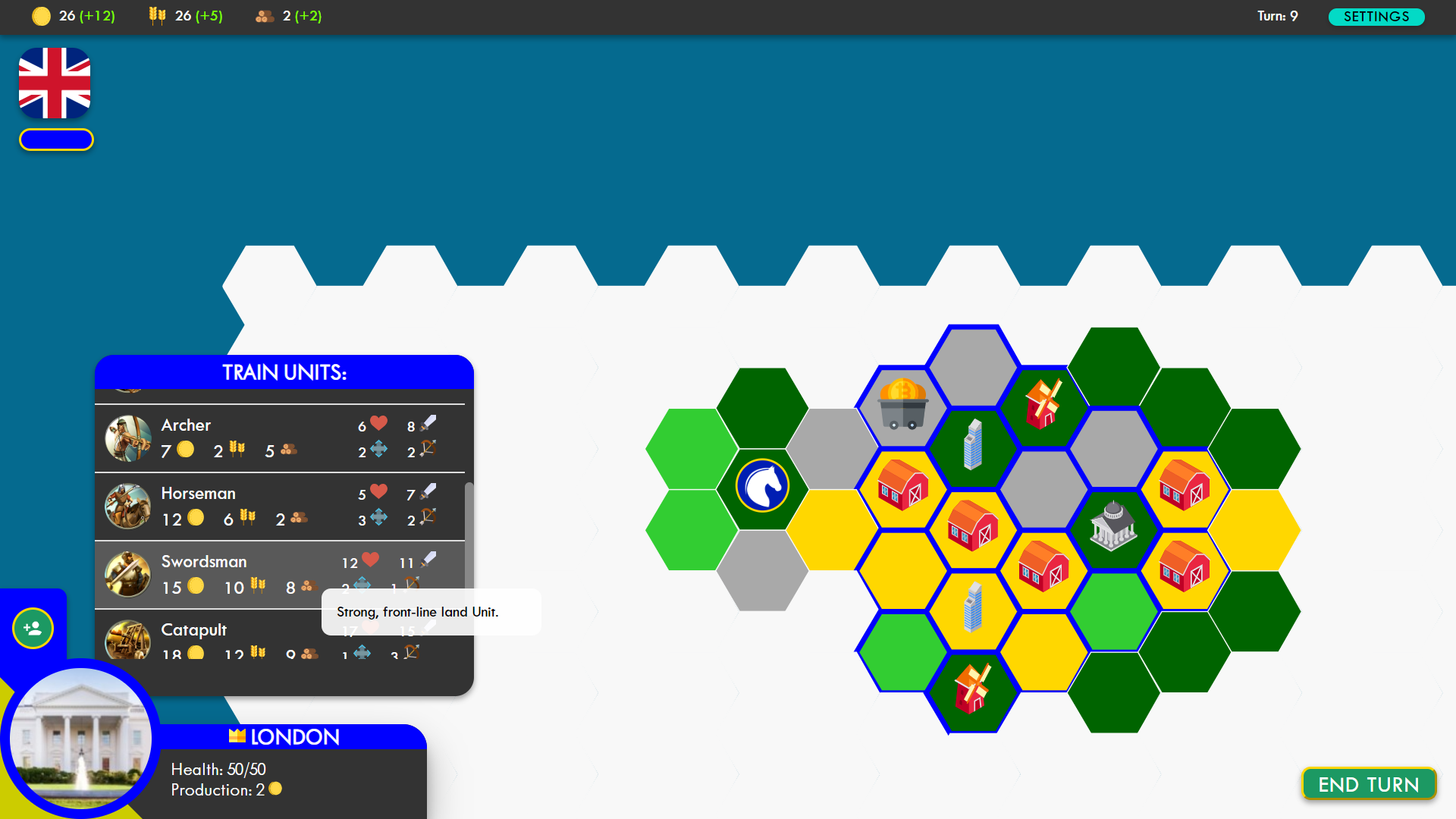 Hexawar is a 4X game similar to Civilization and Age of Empire - but optimized to run out of a browser. Choose between 8 empires, and battle until domination.

There are 4 types of terrain generated on a map:

Note: When an enemy is on a building tile, the production is cut off until the enemy has left.
The main purpose of cities is to be able to train more Units per turn (but also gain more resources).

There are 3 types of resources able to be gained:

Costs are in order of (gold, crops, lumber)

Boom refer to an economic boom, a strategy where the player focuses almost exclusively on their economy instead of investing resources for military purposes. It is commonly used to counter the Turtle strategy as a boom economy can very easily outperform a turtling economy in the late game.

Turtle strategies typically involve the massing of armies and/or economies behind fortifications. "Turtling" is most common counter to rushs. The utility of turtling inevitably diminishes when catapults start rolling out on the field.

Rush refers to a military strategy emphasizing rapid build-up as early as possible (Counters Boom). To implement this strategy, the player should focus almost exclusively on building troops to harass the enemy economy in the shortest possible amount of time.

Some units are a perfect match for each other, and may outperform enemies even at a unit size disadvantage.

Extra Info (for the diehards)

9 months ago
You are viewing a single comment. View All
CullenDAvello (18)

this would've done better as a "Settlers of Catan" expantion pack https://www.catan.com/