Inspired by @EpicRaisin's recent post, I decided to make a 3D renderer. Right now it just draws a box, but it can draw anything if you configure it.

The things that make it good

EDIT: Some of you might be confused why I'm posting this after I've made a huge 3D game. The answer is that the game (Askew) uses THREE.js, a 3D renderer where all the "behind the scenes" work is done for you. This project is building my own 3D renderer in 2D — doing it from scratch. 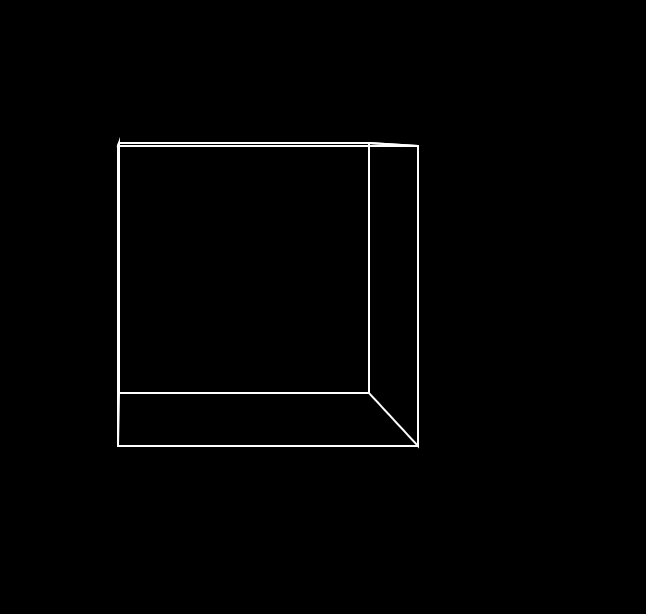 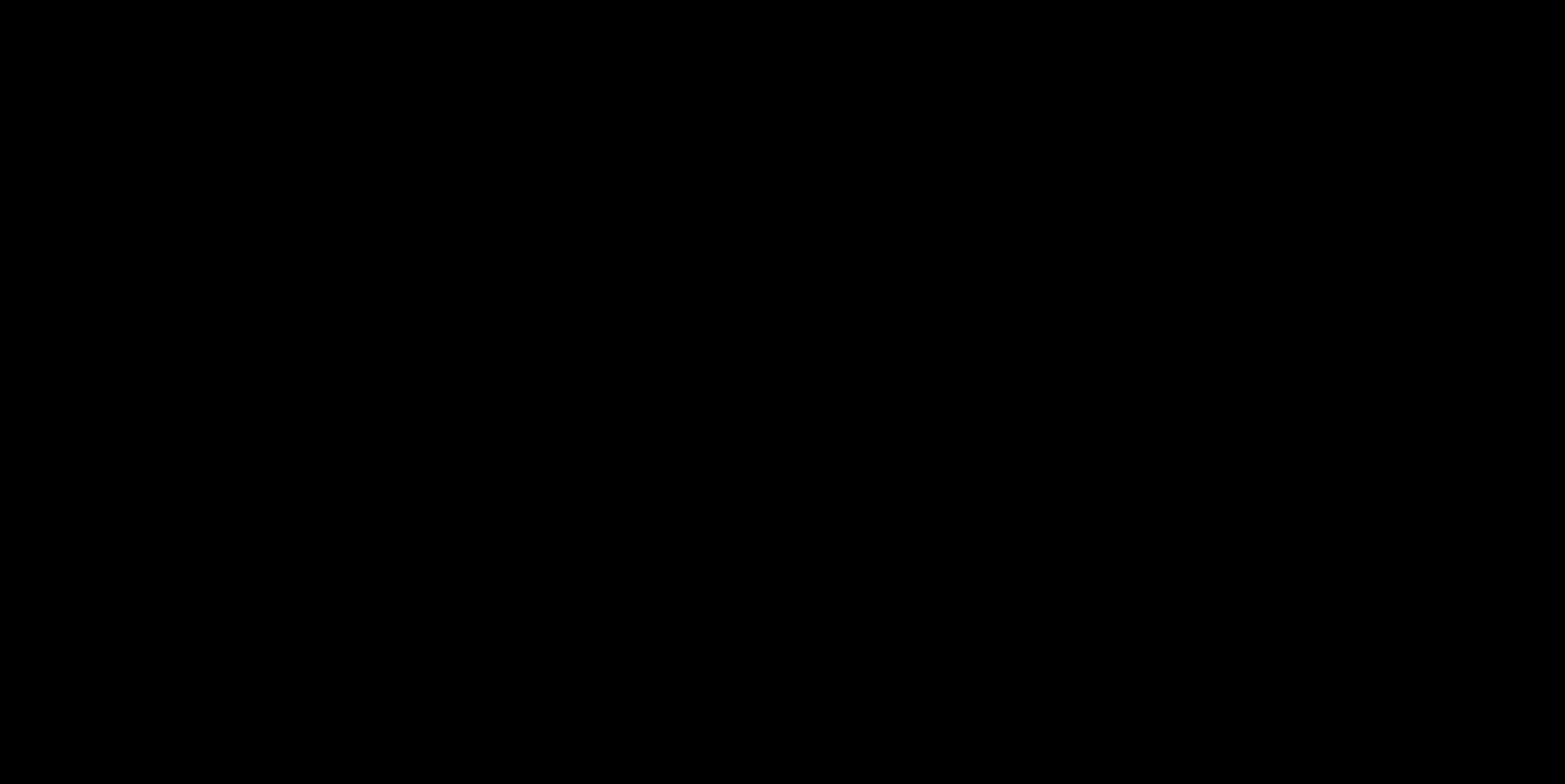 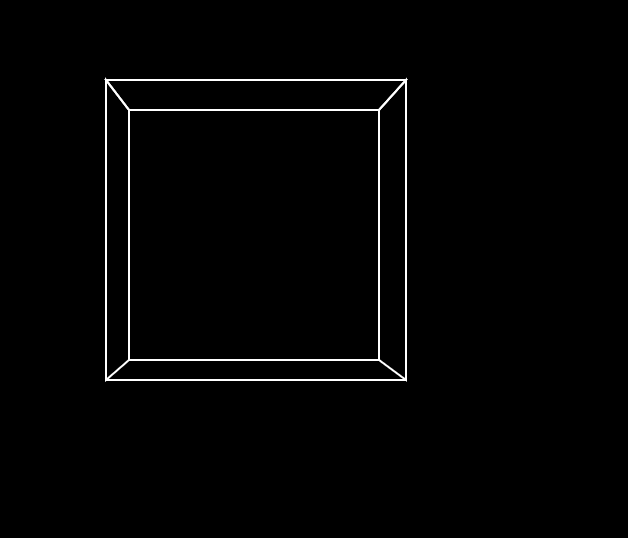 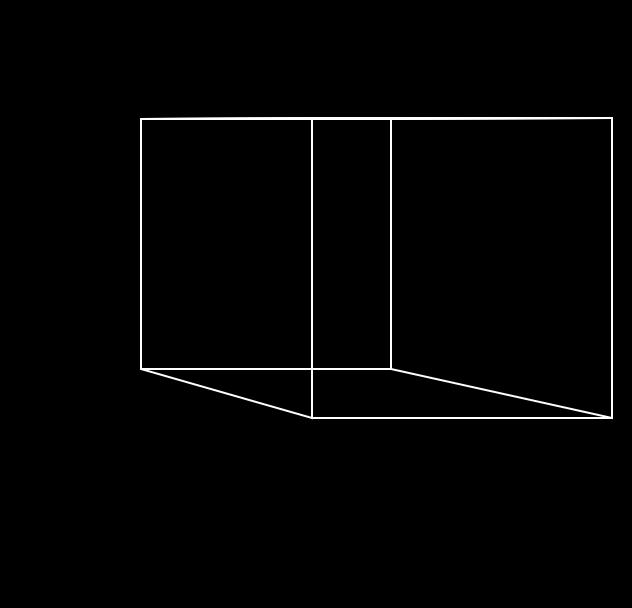 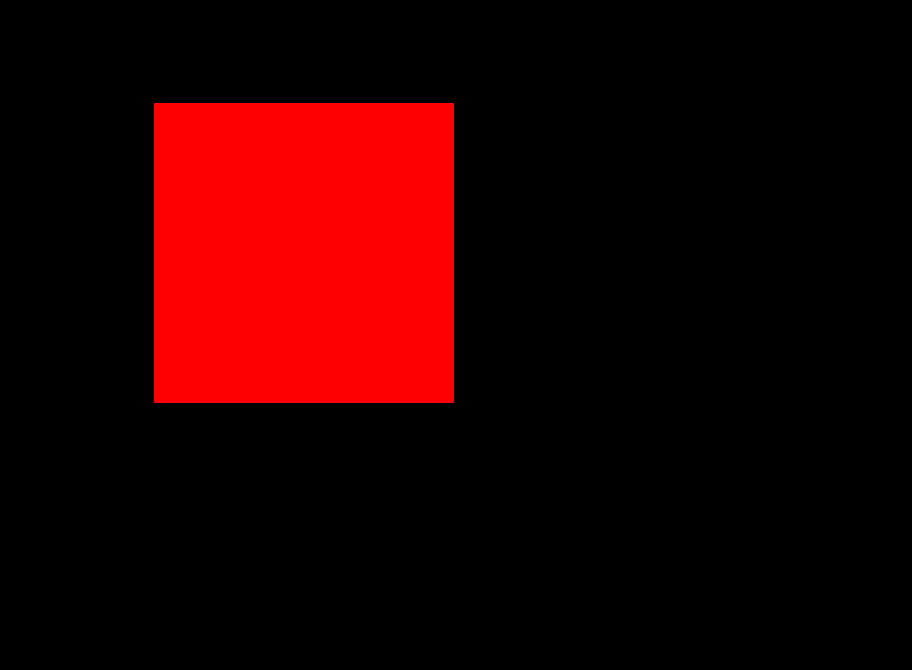 @Bookie0 Lol! All these joke comments are making the project look trash from the talk view :D

@fuzzyastrocat lol dw is not trash! :)))

And yes, I know it's not trash.

@fuzzyastrocat yea lol and for "I did add colors :)" ya but what about a nice cyannn or yelloww with the black :)

@Bookie0 Oh, you mean add more colors. Will do. 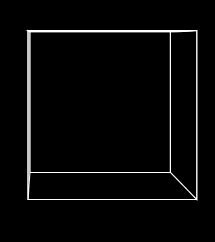 ANNOUNCEMENT: I've been accused of copying this from a coding train video. Does this video exist? If so I'd like to see it.

@fuzzyastrocat as far as I know the only coding train videos with 3D and p5.js use WebGL.

@programmeruser That's what I thought. The accuser deleted their comment, so maybe they realized this too?

@AlexanderTarn Thank you! Having the edges and filling would require adding things which this demo doesn't have.

This is not a cube, this is a rectangular prism: 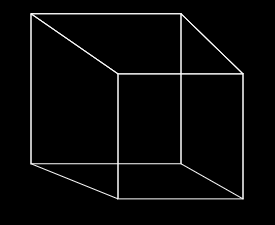 @firefish You are looking at it the opposite way. (That's an optical illusion when there's only lines, most people see it the other way but you are one of the few who sees it this way.) The smaller square is actually farther away than the larger square — in the picture, the cube is "pointing" to the upper-left. So when you move the cube, it should always be "pointing" towards the center of the screen.

Just to clarify: This is a 3D renderer build in regular 2D js! It's built from the ground up; I'm not using a library like THREE.js.

@inyourface3445 I'm using p5.js as a nice wrapper for the JS Canvas API. I'm not using any of p5's features really, just using as an interface.

ha you did not need to prove you can make stuff in 3d, i think 90% of us are aware of the fact that you can lol

@BobTheTomatoPie No I wasn't trying to prove anything, I actually haven't done this before.

In Askew I used THREE.js, a 3D renderer, while this was building a 3D renderer in 2D — basically, from the ground up.

oh lol i thought this was three.js but i hadnt checked the code @fuzzyastrocat 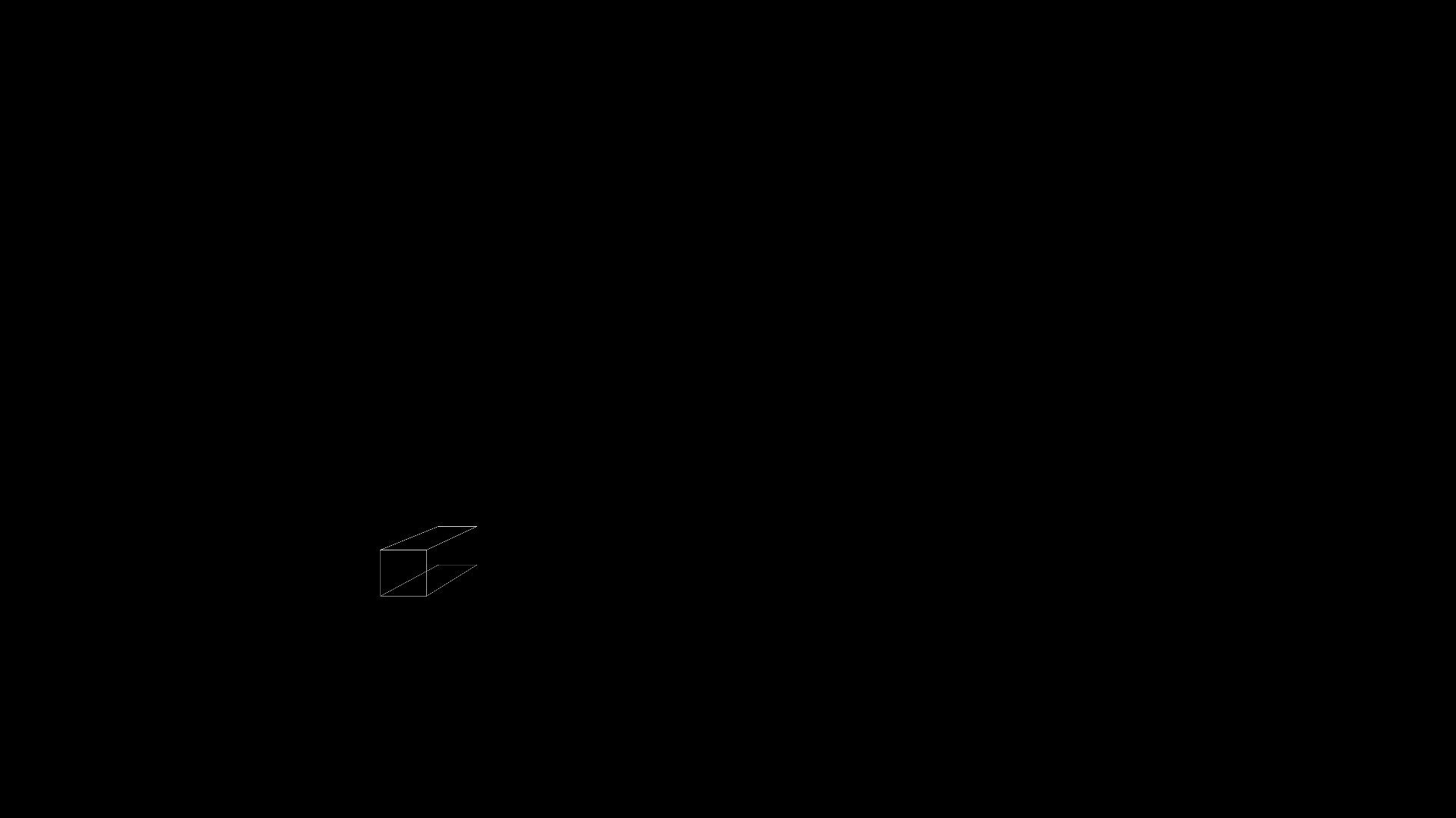 uhhh so basically this isnt a square ._. just zoom out

@dwomg380 Zooming out could probably break the logic, reload and see if its fixed... also do you mean cube instead of square?

I really like it. I think it would be even better if you added different shades of colors to the different sides of the cube so that there would be a shadow or a cool lighting effect, and maybe you can create something where the person can interact with multiple shapes. Idk, it's just an idea...

@NoahJospeh Thank you! This was just a demo, so I didn't implement shading.

@fuzzyastrocat Well, I was just giving some ideas for any project for the future.

@JaydenLiu1 Thanks! This isn't intended to be a game or anything, it's just a demo of a 3D renderer.

@fuzzyastrocat i did that about a week ago it does not work, but yeah big fan of the original askew.
;)

@bowmand117 What is your reasoning behind being a fan of the original askew but not the update? The update only adds things, it doesn't remove anything. (Asking this so that I can improve it)

And are you sure it doesn't work? It works fine for me...

@fuzzyastrocat the update keeps spawning me in the middle of nowhere... idk if thats a glitch or a mess-up in the programming, or its just players being jerks and taking everything then leaving...

@bowmand117 I think it's neither (the second option isn't a possibility, and the first one doesn't make sense since it works fine for me). So it must be something with your system, since it always has worked for me (and I just went to it now and it worked).

@bowmand117 I'm not sure what to tell you. I've just re-confirmed that it works perfectly fine for me, so I can't really help debug the issue since it doesn't happen for me. 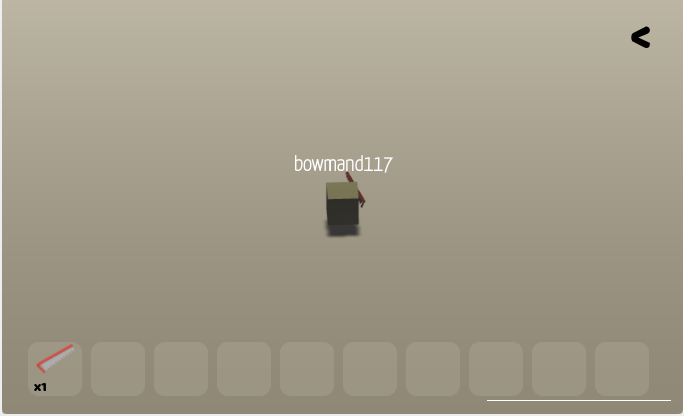 That issue isn't you getting spawned into the middle of nowhere, it's you being unable to connect to the server. So I'm not sure what to say.

@bowmand117 Wait, what do you mean by "the beta version"? There is only one version of Askew, the oldest version no longer exists (the link in the original post now points to the newest version). Only the updated version exists, at askew.fuzzyastrocat.repl.co.

@fuzzyastrocat i forked the beta privatley

The ones that get filled with a colour need some black/same colour slightly but darker shade strokes on the edges, it does look 3d but it just needs a little bit more depth. Other than that, it looks amazing and you did a great job!

I look forward to seeing more projects made by you!

@CraftrDoinBettr Yes, this was basically a demo so I didn't implement shading. Thanks!

(And thanks! Hopefully there will be more projects coming soon!)

@fuzzyastrocat oh, I'm not talking about shading, all you need is a stroke() function

(I understand how the stroke() function works, if I didn't I wouldn't be able to make something complex like this :D)

@fuzzyastrocat oops I accidentally reported your reply instead of replying to it the first time, I'm so sorry! Why are reply and report right next to each other?!

@CraftrDoinBettr Lol I don't know why they're so close, I'm sure the mods will understand :)

:( I didn't code for the past 5 days straight cause school kept me busy... almost felt like I was having withdrawals. but weekends are here so I should be able to heal up a little

anyway, I saw you had a new repl, eros-nxt? is that a new version of eros?

oh, and I just got loops working!

@DynamicSquid Lol... you know what I said about lang dev being addictive :)

Uh yes, that's the next iteration (not version, it doesn't have versions yet since it's never been stable in the slightest). You won't find much there as of now.

@fuzzyastrocat Oh, I'm thinking of making a browser soon. Like an actual web browser, with a GUI (front end), Web Engine (HTML/CSS parser and a JS engine), and Networking (so you can actually browse the web).

@DynamicSquid Yes, that's a great idea! I almost did it once, but then got really busy and my interest shifted. Go for it!

But... for bytecode interpreted langs, once you've already compiled them, then it's super fast to run them?

That's because traversing an AST is really inefficient — in a tree-walk interpreted language, you're doing it all the time while you're running the code, while in a bytecode language you do it only once (when you generate the bytecode).

@fuzzyastrocat Randomly happened across this comment by chance, I was thinking about creating a language, parser, lexer, and a bytecode interpreter.

I would then later advance to creating a JiT language of my own.

Where do you recommend that I start?
Other than craftinginterpreters, since I'll check there anyways.

@fuzzyastrocat Dang, well then, guess after I have that allocator finished I'll be on my way to their website.

Maybe you could add lines with the cubes with colors so you can actually tell where the lines are.

@GradeFStudent That would require implementing some things that this "demo" doesn't really have.

Next up: aerospace dynamics simulator in an ASCII terminal

@PXY Lol, that would be cool

100% epic, would look even more convincing with shading

@DavidHilsee It definitely would look more convincing, though I didn't have the time to implement shading.

I'm assuming this has a lot of math in it?

@fuzzyastrocat I'm wondering if there's complex math used in this? Because all it seems to do is make a few lines relative to the center of the canvas and mouse position.

@Baconman321 Well yes, it would appear that the program is very simple, thus my above comment. The end result is surprisingly simple, but the way you get to that result is through some linear algebra. So it depends on what you consider "complex".

@fuzzyastrocat Of algebra and geometry (and higher). Because I'm only in the 9th grade :(

@Baconman321 Okay, this would be borderline complex then.

@fuzzyastrocat Ah. I'm assuming you're getting the center than drawing a line from the mouse to the center at a certain width, then adding other lines in between?

@Baconman321 I'm actually not drawing a line from the center at all. I "draw" (this is just math though so it's not actually on the screen) a line from the camera's focal point to each of the vertices of the cube. Then I find the intersect of that line with the camera's view plane to find the point of each vertex on screen. I connect the vertices as required to form the cube (or fill the polygons, depending on what mode is selected).

The cube's vertices are offset by the mouse's position, which causes the movement. 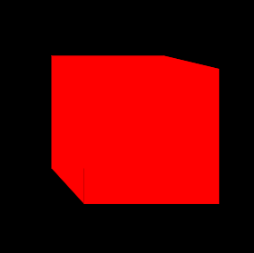 @AJDevelopment Not sure what this comment is supposed to mean

But, anything on a screen is 2D

@DarkswordsmanJG Well yes. By "not fake" I mean "it's an actual 3D renderer" not "I'm magically creating 3D objects from your 2D screen" :D