This game is about an unknown country attacking your country with nuclear missiles. You'll as a soldier have to use an anti-nuclear warfare truck/gun to destroy the nuclear missiles!

This game was made because there aren't enough HTML5 games on repl.it that actually involve movement and shooting and static websites. However, I am planning to make this multiplayer in version 2 (nuke2.io). Please comment on any concept ideas for how you want to see it!

Mobile
Note: On IOS 13, make sure to request mobile website.

This game is more about getting carpal tunnel than shooting accurately.
There's an air strike--just a heads up!
As the time moves right, the speed of the bombs look like this. After the graph ends, if you are on infinite mode, it will repeat itself, and if you are on normal mode, the game would be finished. 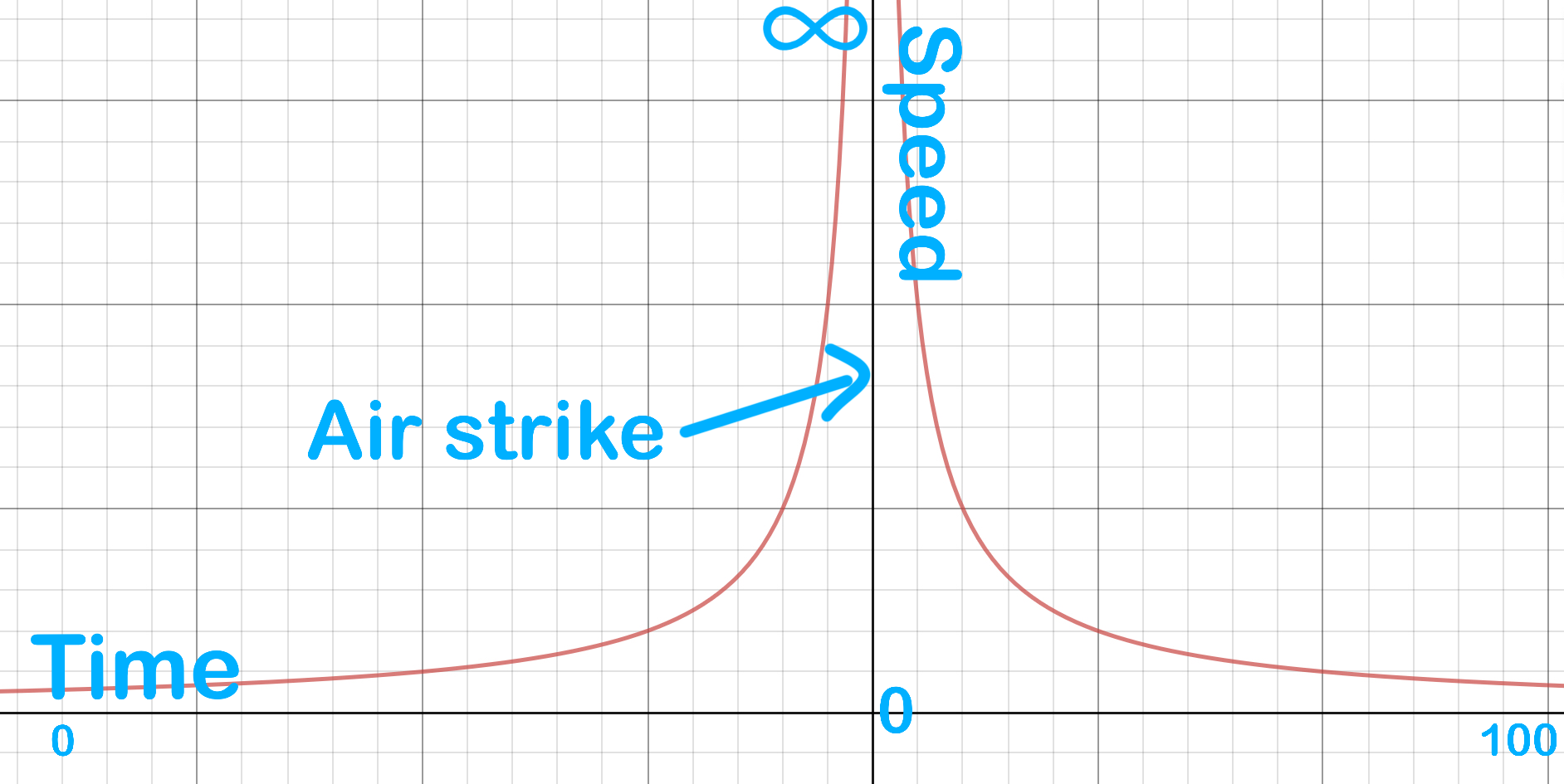 Although this game is very fun and addicting, there are some things to note:

PLEASE VOTE UP IF YOU LIKED IT!

Also, comment ideas below for how nuke2.io (multiplayer) should look!
i.e., give comments below for some concept ideas like how gameplay should be, should it be players working together or attacking each other, etc.